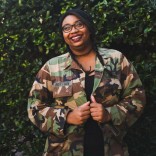 All anime fans know that one of the best things about an anime is an opening. It can make or break a series, it’s the first thing that grabs your attention and keeps it. OPs can get you hyped for the upcoming episode or it ends up being something you have to skip.

This opening starts with its iconic phrase and had us falling in love with this opening and series. Its upbeat tempo and campy lyrics gave us all the textbook shoujo magic that we love. The cutscenes gave all the character their time to show off and try to woo our main character. Fulfilling our harem anime dreams. The upbeat tempo matches seamlessly with the show’s tone; matching that with an ascetically pleasing color scheme, you have an opening that can fulfill every marshmallow fluff need.

No list would be complete with one of Naruto’s iconic openings. It was hard to decide which opening to choose, but in the end we have to go with the one that started it all for most of us. This opening with its hard rock music and fast pace scenes is the perfect precursor for the action pack adventure we are about to embark on with our favorite ramen loving ninja and his friends. Giving us all the a sneak peek into the character and adventures the season will hold for us.

This opening lives up to its anime as it starts off with a blare of horns and jazzy beat. Its adds some classic gangster movie charm, transporting you to your own speakeasy. The music is punctuated with smooth but quick cuts of the ensemble cast in their natural settings, giving us a peak into the world we are about to watch. We also get a peek into the characters, who they are, what they are like, and their relationships with each other. This opening checks off all the boxes and has earn it spot on this list.

This Brotherhood played with our expectations, at first glance it starts off slow and the beat seems to pretend to drop in multiple points. This all works together with beautiful shots of from the show mixed with establishing character shots to create a ride we never want to get off. This iconic anime opening goes down as one of the best from this series.

This opening’s soft soundtracks and picturesque visuals ends up matching the tone of the show. The entire opening felt like a brush of fresh air. The opening has stills of our characters and tells you some key information about them. The soft melody reminds you of our main character and the song itself sound like it could be sung by Toru herself. The hopeful lyrics and soft melody smoothly guides you into the world of Fruits Basket.

The one thing I will always be a sucker for in a shoenen anime opening is a good guitar rift. The Soul Eater opening gave us rock anthem. It had us bobbing our head along. Once the first notes hit, we all knew to get ready for class. This opening gave us some of the best scenes from our favorite characters and worked seamlessly with the show’s animation style.

This opening gives us all of that 90’s nostalgia. With our first shot being in space followed by scenes of our favorite ladies kicking butt; the opening starts off with a killer guitar rift, followed a theme that everyone knows by heart, and I say this as someone who didn’t grow up watching this show.  This show gives us all the character establishing goodness while changing the game for shoujo and magical girls. The Sailor Moon opening was our first experience with a shoujo anime having a shoenen opening. This fact only would win this opening a place on this list but its over all quality secures its place.

The Samurai Champloo opening is a perfect balance of traditional and modern, with fluid animation in front of traditional backgrounds. Each character is shown in matching monochromatic filters before showing the actual unfiltered character design. Each scene shows off the character’s personality and shows off their skills. The song is well named “Battle Cry” as it represents the show perfectly. The song is a modern rap song, talking about traditional Samurai. This opening gets you hyped for the journey that is Samurai Champloo.

This opening starts off with a whisper both in the music and the visuals, before coming to life.  Similar to Brotherhood’s opening, the being makes you think that it will be slow pace before the beat drops you get flashes of the characters before being hit the face with colorful but elegant animation. This opening is able to subtly match the tone and content of the show. Which for anyone who has watched the show can be hard at times, but with a winning combination of amazing visuals and music creates an unskipable OP.

The opening may go down as one of the most iconic openings of the 90s/early 2000s. The moment you hear those horn followed by that infamous count down you know it’s time to watch another episode of our favorite space cowboy’s adventures. The iconic cutscenes gives us some of that classic movie magic to our screens. A combination that earns this opening the top spot on this list. 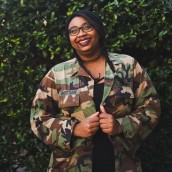