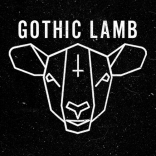 I don’t know about ya’ll, but my emo phase was in full effect by the time I hit middle school.

I was wearing too much eyeliner and buying hair extensions in every color available. Not to mention wearing finger-less gloves (why?) and colored skinny jeans were everywhere! I was living for the scene queen aesthetic.

Take a journey with me  back to the early 2000’s, and enjoy this list of songs you most definitely were rocking out to in middle school.

This playlist is for all the alternative black girls who were ever called “oreo” or “too white” for liking punk and rock music.

“Welcome To The Black Parade” – My Chemical Romance

The G note. Had to start the list off with a classic. My Chemical Romance was the emo band. 2004

“I Write Sins Not Tragedies” – Panic! At The Disco

Living for OG Hayley Williams with three shades of orange in her hair. This video is a classic! 2007

So while making this list, I found out that this song actually came out in 2000. That goes to show you how timeless Linkin Park is. 2000

“Bring Me To Life” – Evanescence

This song is totally a meme now, but still a good song nonetheless. 2004

Don’t pretend you didn’t sit in your room and cry to this song at least once. 2000

This is one of those songs that I didn’t realize had a really good message until I got older. 2006

R.I.P. Chester Bennington. This song will stay with me forever. 2003

Another group where I’ve definitely only heard this one song. From what I remember, this was used in alot of Youtube tutorials back in the day. 2007

This is one of those songs where the first few seconds of it you have no idea what it is but then the chorus comes and before you realize it you’re rocking out and singing along. 2003

From the Twilight soundtrack. Yes I loved that movie and I read the books before it was cool. #TeamJacob. 2008

“All Around Me” – Flyleaf

The alternative christian band we didn’t know we needed in our lives. 2005

Powerful song with a powerful message. 2006

“That’s What You Get” – Paramore

“Why do we like to hurt so much?” Hits me right in the feels every time. I will gladly admit I’m a Paramore stan. 2007

This is definitely my favorite song by them and the video is epic! 2007

This song definitely got me into metal. 2005

What do you think? Did we miss some of your favorites? Let us know! 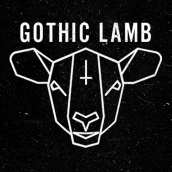 Black-owned alternative brand; Gothic Lamb. Created for the misfits looking for representation in the alternative community.

Evanescence Announces Plans To Release A New Album In 2020