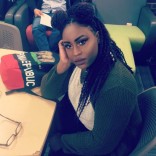 Black Girls Anime celebrates quirky girls of color who like…

Animation and Anime are a beacon of social and civil development in America.

Before slavery’s end in the 1860’s, Black labor stimulated the economic capabilities of America as a nation, spurring growth in trade and technology. As economic growth led to imaginative innovation, the growing intellect of Black people was not reflected respectively. American cartoons developed in the early 1900’s commonly depicted Black people as simpleton subordinates surviving on the surface of the South. After the successful demonstration of electronic television in the 1920’s, television became a chief social tool used to accomplish the task of education, pivoting cartoons to animations.

One of the greatest differences between anime and animation during the first half of the twentieth century was the representation of People of Color. With proof in the existence of Afro Asia, African descent people were not a surprise to Japan upon anime’s arrival in America. While colorism exists throughout the world, a particular geographic disenfranchisement was placed on the termed “African-Americans” or “Blacks” dissimilar to the termed “People of Color” due to the way African-Americans were acquired, treated, and re-“educated”.

Anime was developed in Japan in the early 1900’s and successfully debuted in the U.S in the 1950’s. Similar to the time’s breakout anime star, Astro Boy, Black people had to think among the stars to escape the harsh socioeconomic realities of segregated America. The National Broadcasting Company (NBC) premiered Osamu Tezuka’s anime on public television, available to everyone, including those who couldn’t drink from fountains or walk through doors labeled “white”. As Afros grew toward the cosmos, the first generation of Black anime viewers sought mental stimulation in an atmosphere beyond the one they lived in.

Configured in the minds containing melanin and molecules found in molten pressured rock, diamonds appeared. By the 1960’s, NASA was graced with a trio of space soul sistas named Mary Jackson, Katherine Johnson and Dorothy Vaughan. Similar to Osamu Tezuka, these women provided astronomic contributions to America. Equipped with arithmetic, expertise and trajectory calculations, these scientific Gems of change developed their own “Astro Boy” as John Glenn became the first American to orbit Earth in 1962. 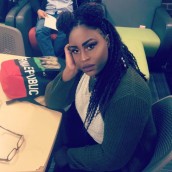