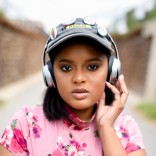 SC based faerie who enjoys reading, writing, and gaming. Most…

Where do you go for your live gaming content? Personally, my new favorite place for that is Twitch because it’s such a great place for ALL KINDS of gamers.

At any moment you can catch someone streaming Super Mario Maker, Destiny, or, one of my faves, Stardew Valley (which is totally a “real game”).

I had the pleasure of chatting with Albino Liger, one of the biggest Stardew streamers on Twitch about his journey to creating live content, winning not one but TWO Stardew Valley eSports tournaments, and insightful tips on working towards creative dreams.

Hi, I’m Jacob aka Albino Liger. I’m a content creator that broadcasts indie games and farming simulators for a mature, laid back community on Twitch.

My upbringing was simple and similar to most of those reading. I’ve had a controller in my hand since I was 4. My love and passion for games followed me well into adulthood but the time to play the games did not. I love making content for gamers of all walks of life but particularly the passive gamer. Streaming fills the gaming need when responsibilities arise.The one who works long shifts and can’t get to the console. Or the one who has a family to provide for and has to sneak in some play time. It’s great to be a source of entertainment for those who want to play more but don’t always get the chance.

2. What’s your favorite thing about Twitch? How would you describe Twitch to an outsider?

Obviously I’m a huge fan of Twitch! I’ve been around since the beginning, the Justin.tv days in 2008. I initially started streaming in 2011 but let it go because of school and work responsibilities. After two prominent wake up calls, (trigger warning: one of my best friends took his life and wife got into a car accident) I made the decision to go for all the things I wanted because tomorrow isn’t promised. I officially started consistently streaming in May 2018.

3. We’re big on entrepreneurship here at Quirktastic. Would you mind telling us a little about your journey to being a full-time streamer?

To get to this point I had to make work/life DECISIONS, choosing my priorities and striving to keep my physical, emotional, and mental being in check. I had the dream to stream for 5+ years and in that time I took the necessary steps to make it happen. After the wake up calls I mentioned previously I saved up money to act on my goal of full time streaming. One of my mantras that I live by is,

“Dream responsibly but dream regardless.”

4. You’re a two-time Twitch Rivals champ!! Congrats are definitely in order. What is Twitch Rivals and how do you practice for something that huge?

Meet the streamers putting their farming skills to the test in #TwitchRivals Stardew Valley Challenge!

“Twitch Rivals is a series of competitive events designed from the ground up for Twitch streamers and viewers. 2019 will include over 100 event days, featuring new formats, games, interactive Twitch Extensions, and millions of dollars in prize money.” – Twitch website.

The way Stardew Valley made it into Twitch Rival is actually pretty cool. ConcernedApe reached out to Twitch after  1.3 multiplayer update and the tournament was created based on certain rules and mechanics of the game and hinged on the success of speed runs.

There’s a Twitch Rivals tournament today in Stardew Valley, here are the contestants: from r/StardewValley

As far as practice, it was a DOOZY! Luckily, my entire team had the luxury of being full-time streamers so our schedules were pretty flexible. The training and time management was still tough. After streaming the game all day, we would grab food and practice for 3 – 6 hours every night, 4 nights in a row before competition the first time around. For the second competition, we worked around Chrescendo’s schedule because he had a 9-5 job.

Six Original Pokemon Every Trainer Should Have

5. When you spend so much time playing, do you sometimes get sick of the game?

Streaming and casual gaming are so different. When I’m streaming I do enjoy the game but I’m also thinking about the content I can create. I like ensuring it’s entertaining to viewers. For instance, I create new Stardew Valley farm ideas for each playthrough. It’s refreshing and it challenges me each time!

6. What do you play for leisure?

Dota 2 is one of my favorites! Also, Overwatch, Battlefield, and I try my hand at League of Legends.

7. What’s your best advice for a casual gamer who wants to start being competitive?

8. Plug yourself one last time. When do you stream? Do you have any upcoming projects?

Fun fact: Albino Liger and the Liger Den raised $20k+ for charities in 2019 and are well on their way to knocking that total down in 2020!

And a recent update since this interview on Albino Liger and Twitch streams moving forward:

[1/6] I’ve had a realization recently as to why I’ve been so inconsistent and self-sabotaging. I’m a very goal-oriented person, but I had two huge goals of streaming for 2 years and starting my drum streams that have both been met.. so now I just feel lost and directionless.

Head over to Twitter to show Jacob some love and support during this transition! 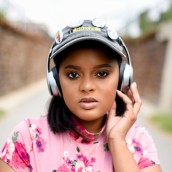 SC based faerie who enjoys reading, writing, and gaming. Most days you can find her at a quaint coffee shop behind her laptop, listening to an indie artist or chasing her cat around her childhood home.