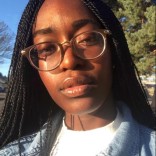 5 Reasons Bulma Briefs is a Boss

Let me make this clear: This show is not for the faint of heart.

This year, Netflix released Devilman Crybaby. A 10-episode anime series based on the 70’s Manga Devilman by Go Nagai. The series had a lot of love put into it. It kept the main storyline from the original series, but amped everything up to the 10th notch. One thing to highlight is the amazing opening, Devilman No Uta done by the band Queen Bee who’s lead, Avu-chan, is a Trans Black/Japanese singer. The opening pays homage to the original theme song, but adds the glam rock sounds we’ve come to expect from Queen Bee. It’s wonderfully done, and has major repeat value.

Starting with the very first episode, our sensitive protagonist Akira Fudo and his genius childhood best friend Ryo Asuka are placed into a neon rave filled with bare-chested women, and thumping EDM. This all happens by request of Ryo, who is convinced that Demons are trying to take over the Earth. He believes that the answer to fixing that problem lies at a party, accurately named: Sabbath. Right off the bat the director, Masaaki Yuasa, goes straight to work highlighting the vast differences between the once normal life Akira was living, and the graphic new one he’s about to be thrown into. Devilman Crybaby has already set the tone here for the next 9 episodes.

When the first person becomes possessed by a demon, the colors used to show the differences between the party-goers and the new threat are intelligently chosen. The demon almost blends in with the surroundings signifying the double meaning (The party itself is a threat), but not so much so that the viewer is left confused during action scenes. Once Akira himself becomes possessed by a powerful demon named Amon, his design is much more structured than the other demons at the party. This marks Akira as a Devilman: A human who has demonic powers but keeps their human soul.

Clever animation tricks like the first episode are shown throughout the series consistently, but the most notable being outside of the plot itself. The opening to Devilman Crybaby gives away most of the major events in the series. The Rorschach test blotches shown in the opening are actually the figures of the demons Akira later fights, and the death of Miki -Akira’s non-biological “sister”-  is shown as well. Without context though, the intro means nothing, cleverly disguising the spoilers. The animation in episode 9 (Directed and Key Animated by Takashi Kojima) is extremely fluid and aesthetically pleasing. This creates a strange but working juxtaposition between the animation and the gore that ensues. This episode is memorable because we see our protagonist Akira lose hope for humanity through various scenes of violence. First the public stoning of innocent victims, then later to a slow-motion shot of Miki’s head on a pike.

It’s this episode where the viewers notice the main message: Humans are demons.

So is it worth your time?

As flawless as the series seems, the final episode seemed incredibly rushed in comparison to the previous 9. The reveal of Ryo being Satan takes up the first half of the episode. This left the final war between Amon and Satan to happen in less than 12 minutes. Even if it was beautiful to watch, I was left confused and wanting more long after the episode ended. Animation should have time to stretch its wings to build a story, not be forced to fit them into a space that doesn’t quite fit.

All in all Devilman Crybaby is a series worth watching. Its animation is solid, and the exposed gore and violence is morbidly entertaining, but its direction is slightly lacking. One thing I can say about Devilman Crybaby: It is unforgettable. 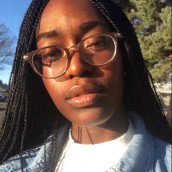