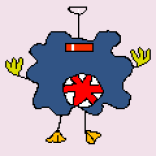 A Few Alternative Black Guys You Should Know About

Okay….so I am and have always been a super fan of Dragon Ball.

And the latest reincarnation of Dragon Ball (Dragon Ball Super) was excellent! BUT I didn’t realize how excellent it was until months after the series ended. Why fanboy about it? Well, it turns out that the creators are much more intentional than any of us realized…

Here is why Goku’s Mittage no Gokui (Ultra Instinct) form is the best transformation to happen since the very first time we saw Super Saiyans—and how you can achieve it in real actual non-fictional life (seriously!?).

So, quick recap of the story leading up to how Goku got this weird super power that is making fans across genres reopen the never ending “Goku v Superman” argument:

The story picks up right after the events of Dragon Ball Z in canon—basically post Major Buu arc (unfortunately this one changes some of how my personal favorite character, Uub, is introduced). If you haven’t seen the Battle of The Gods and Return of F films, no need to see them (but they are entertaining).

They win, he becomes besties with Beerus and the story arcs out. Fast forward and Goku and company have been training per usual and are called to participate in yet another tournament—but this time, the tournament is one between multiple alternate universes, and the losers have their universes erased (ouch).

Goku and team (dubbed universe 7) are for the most part well prepared to compete, but there is another universe (universe 11) that has the literal most OP character ever (a man named Jiren the Grey).

Including Goku, Vegeta and friends. Eventually Goku, through pain and continued chances to get better, starts to unlock this form that his bestie Beerus recognizes as something called Mittage no Gokui—aka Ultra Instinct.

In this state, Goku appears normal, but has hyper awareness and thus begins overpowering Jiren (literally puts the breaks on this man out of nowhere!). Goku gets into Ultra Instinct and then loses it, then gets into it again then loses it again! As the tournament winds down, there are only a handful of competitors left, as most of the universes have already been erased from existence.

Goku, Jiren and a few surprise characters (whom I won’t mention here) galvanize for the final bout.

And guess what? Goku, for a brief moment in time— at least long enough to significantly weaken Jiren—masters Ultra Instinct. Obviously they win, and all is well—BUT what the f*** is Ultra Instinct anyway? And what was the team behind it thinking??

The best possible connection, is trying to understand Ultra Instinct through an understanding of psychology, specifically through the psychology of performance. Briefly, in the world of performance improvement (basically what helps world class athletes and performers keep their edge) there are certain triggers that can help people “stay in the zone”. A ton of iconic individuals ranging from Michael Jordan to Robin Williams have described being in this altered state of reality, where they are able to do incredible and inconceivable things. Now you probably get where I am going….obviously MJ and Robin are Goku. Not physically, but intellectually! They have found their own versions of Ultra Instinct in real life. The next question is, how?

21 Characters Of Color To Cosplay At Your Next Convention

There is a concept out there that is growing in popularity called flow, where essentially people look at constructing the mental state that MJ, Williams and Goku were in when they achieved outstanding feats. One of the triggers is a perfect mix between the difficulty of a challenge and the skill level of the individual. By finding the point just where you have enough skill to do something and struggle to do it well, you find the magic Mittage no Gokui point.

I know we are straying a little but stay with me! Imagine this: Goku, the skilled fighter who has honed his craft for YEARS and has overcome some of the most challenging obstacles; and Jiren, who represents overwhelming power and an impossible obstacle even for a highly skilled opponent. The unstoppable force versus the immovable object essentially.

The question is: what happens when those two forces collide?

Well, we saw it real time: Goku achieved a perfect precision state where he was the MJ of anime.

Now, it’s my strong opinion that the only reason why Goku was able to get there was because of his tolerance for feedback, and the fact that he literally kept trying to push his limits—not physically but mentally.

Mind blowing right? That fact that Akira Toriyama used an actual real-life mental state that we can all achieve as the next major step for his main character, is reality altering in it of itself.

If Goku’s no talent ass can find Ultra Instinct, then there is hope for all of us to find our personal version of it.