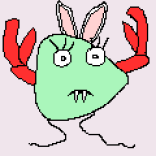 Take A Break From Kingdom Hearts 3 To See Which Keyblade Master You Are!

Hey! We’re LAN Party, a podcast that talks about gaming, anime, and movies. This is an exclusive interview we had with Blain Hodge, AKA Static. He’s one of the voice actors from the new  Dragon Ball Super Broly movie.

Here are some of his takes on anime, and a little bit of his origin story on how he was able to get into this great role!

2. Tell us about the Starbucks Shop Incident on September 9th 2018?

My friend and I were planning out next year’s convention. I started to get hungry, and there
was a In N Out Burger across the street. But before going, a lady comes running in saying, “Help! Help! This man is trying to kill me.” Then runs behind the counter. Thus follows a big guy carrying a machete who runs after her.

I ran after him, getting behind the counter because I knew I could deescalate this situation and get him to calm down. As I’m trying to calm him down, he was already slashing her and stabbing her. I then ran and grabbed him and threw him across the coffee bar.
As I threw him, the girl ran in the same direction, which started the chasing again.

I do martial arts, and I’ve had plenty of weapons training. So running after him, I knew I could take the machete and breaks his arms—but the only problem was the water, coffee, and blood on the floor, which causes me to slip. As soon as I hit the floor, he notices me and started attacking me. I was able to block using my arms and my left hand, but he got me pretty good, causing me to lose movement in my hand and arm.

Realizing he was wasting too much time on me, the man then goes searching for the girl. He headed towards the barista area and proceeded to throw stuff in anger. I took this chance and went to find my friend Joe and leave. But after seeing me in my current condition, Joe was frozen.

I had told him “We gotta go!” And finally arriving at the parking lot, I knew the guy was going to come after me.

“I’ll go to the car and get the first aid kid.” Joe informed me.

“Stay over there,” I said. “Because he’s coming after me.”

I was trying to warn others to find safety, but nobody was listening to me. So I had to distance myself because of how badly I was bleeding. Getting to the end of the parking lot, and I hear screams. And I immediately ran back across the street and took my shirt off and wrapped it around my arm.

Now I go back and look for this guy, and he sees me. And he starts running towards me, me and him are running down the street. And at this moment I’m wondering: where are the police?

Finally, finally, the police show. The paramedics also arrive, but I told them about the girl inside who needed more medical attention. And when the paramedics finally came to treat my wounds, they asked if I wanted anything.

Because I was still hungry.

The paramedics said: “You can definitely have whatever you want after we tend to your wounds.”

3. What were you thinking after the aftermath?

Imagine doing everything in your power to save someone, and they die. That’s why I
love the thought of heroes, like the whole concept. Growing up in foster care, and the concept of heroes and anime…it saved me. It gave me an escape route. I think I’ve been holding ideals so high in my life, which is what set everything in motion.

I’ve been talking so much about heroes and I even came up with something for my album. “Mind of a Hero.” And, I came up with all that stuff and I feel like the universe was testing my merit like “Let’s see if you’re about, what you’re saying.”

4. Tell us more about your music!

It’s called “Mind of a Hero.” I’m going to be releasing it this year. I was going to release it at a release show at the end of September, and this was before everything had happened. But then the PTSD set in, and I was in a bad place. Mentally, due to my body’s own survival instincts. As if: who’s here for me and who’s not?

The story went international, so it’s more as if: “are you here to see the hero, or me?” I also went through an identity crisis, because I was trying to be the person before the incident. It felt like putting on a broken mask, a mask that doesn’t fit. Then I realized, I’m ok. I had to get back on the horse and if you fail, you fail. Have to keep doing it, learn to love losing sometimes. And now I’m okay with being the hero.

5. Has all the fame that’s come with this been overwhelming?

I was a bit prepared, and it is a bit overwhelming. The city never forgets— even if the
rest of the world forgets, the city doesn’t. It’s not overwhelming, but it’s hard to keep up, everyone wants to be your friend. Trying to make time for all that. I’m not making time for every single person. It’s also all the friends you collectively have now, who always want to reach out to you. Before, it was hard because I was dealing with a whole bunch of healing.

Now, it’s become easier to handle. That comes from: I am who I am. That’s who I’m going to be, and that’s who I have to be.

My favorite song is “Anxiety”. What do heroes feel or take into account? And I was thinking anxiety, because they don’t know they can save you, but they’re still coming to save you. It has to be a thousand more times what everyone else is feeling. I wrote that song the year before last, right before August 2017. That and ‘I Understand’. I wrote that after the incident, and it talks about the incident a little bit. [It also talks about women]. But women are not objects, they’re not property. Women do not belong to men. The second verse then kicks into PTSD. There’s a lot of stuff that you don’t understand unless you go through it. So, I wanted to talk about it.

We have veterans that sleep in the streets. To me, they’re the real heroes. I’ve had a lot of veterans reach out to me, and message me just to check on me and see how things are going.

“My terrors can’t hold a candle towards what you’ve been through,” I told one veteran.

“You can see it that way,” he replied. “But the way I see it. Your stuff happened at home. At least, I don’t have to go back to Iraw. You lived where your trauma happened.”

We might go through the same thing, it’s just different wave lengths. I understand you now, I understand you more than I understood before and I definitely have a different concept on what it means to live. And, if I can be anything as far as inspirations go, I want to be a voice that can tell people: you get one life.

7. How long have you been doing music?

Been doing music for 10 years. I actually started in a music group with my friends. I
didn’t rap at first, I was a singer. I always tie up my music with anime references. My friend
Clifton told me: “As long as I have anime I can’t run out of content.”

It hit home because he was right.

I started doing spoken word, and it was hard to get my city to listen to my music because they’re country music oriented. As soon as I went on stage and presented myself, said “Hi, I’m Static and I’m a rapper. I love anime.” No one wanted to hear me out.

But, that’s why they call it spoken word, because there’s no beat behind it. I would make these dope story pieces, and then I would do my actual music. And people began to like it.

8. What does the name Static mean to you?

Consistency. I figured if  I was going to do music, I had to be consistent through everything.
Constantly free-styling, constantly writing I need. To be doing something. Gary Beats says:
“Whatever you’re passionate about, do that.”

9. How was it being a part of a Dragon Ball Movie?

It was the second week in September when I went out to Dallas to go do it. They had cleared out some space with other characters, and I even got to do those other characters. They sent me a personal copy. And then we met with the social media manager of Funimation and President of Marketing.

They break down how it works: you’re in this big studio room, and they have a bunch of screens. And when you go in there to do the actual voice acting, you’re watching the anime on a big screen. You basically have to time your vocals with the character’s mouth and movements. there’s a metronome that goes off. We finished the voice recording, and it took me twenty minutes.

We went through quite a few roles, and they played a scene from the movie, which was when Bardock takes Goku and puts him in the pod.

As  far as my career goal, I think I’m going to do motivational speaking. I think I can
touch a lot of people by what I did before the incident, and what I do now after the incident.

Behind the Scenes: an Interview with Nerdcore Artist Martin