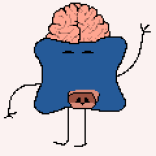 In four weeks, Black Panther has broken records in the box office. The smash hit has sparked a sense of unified pride amongst Black Americans and Africans alike, depicting a majority Black main cast in dignified and diverse roles. Most notably, Black Panther has given dark-skinned Black women a platform to shine in all their glory. However, while the femme fatales are revered for their power and capability, there is another inspiring facet of the Women of Wakanda’s strength, which has been largely overlooked: their femininity.

Black women’s femininity, particularly that of dark-skinned women, is often associated with traditionally masculine traits such as: strength, resilience, and domination, and while there is nothing wrong with embodying these characteristics as many of the ladies of Wakanda do, it’s important to recognize and celebrate the grace, beauty, and softness they brought to the violent backdrop of the movie.

1. Don’t freeze when you see her

After coming to the aid of his (sort of) ex-lover on her mission to liberate a group of captured women, T’Challa (played by Chadwick Boseman) is so awestruck by ex-bae Nakia’s (played by Lupita Nyong’o) beauty, that he can’t help gawking at her beauty while trying to remember how sentences work. And with her dusky features highlighted under the moon and sultry brown eyes, who could blame him?

The ladies of Wakanda are NEVER caught half stepping. Whether they’re just accompanying their king on a retrieval mission in sexy black dresses or undercover at a ritzy party as African royalty, these women can rock a gown with as much grace and comfort as they wear their armor, and still kick ass. 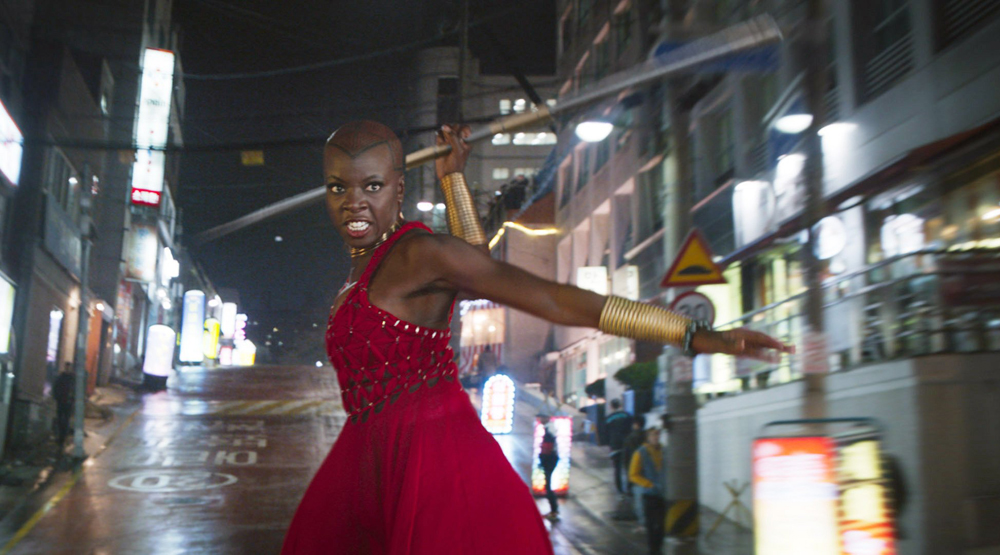 Leading lady and love interest, Nakia, has an outfit for every occasion. Among her beautiful pieces she rocks a colorful jumper with a bold print, a sexy little black dress, a sassy evening gown fit for an African Queen, and her iconic red armor. With each new look, her hair is laid in a different style and her face is beat to the Goddess Baast!

Okoye was not havin’ it with the wig! She is team no hair, don’t care all the way. Her head shape, intense eyes, and full lips were made for the shaved look. Aside from rocking the bald look with grace and pride, Okoye’s makeup is always poppin’ in case you didn’t already notice her striking bone structure and facial features.

Shuri’s (played by Letitia Wright) geek speak, toothy smile, and overall quotability make her an instant fan favorite. Representing for the nerdy girls, Shuri is responsible for a majority of the nifty inventions that utilize Wakanda’s greatest resource, Vibranium. Don’t get it twisted though, she’s not the messy haired, frazzled scientist with taped up glasses. Shuri’s hair and wardrobe is as on-point as her knowledge and one-liners!

This small detail may be quick, but it gives the audience a glimpse into the fierce Okoye’s personality off the battlefield. When video calling T’challa and W’kabi (played by Daniel Kaluuya) to brief them on a new development regarding their enemy, she takes a moment to address them both. Respectfully she addresses T’challa as “my king” in a formal tone and to W’kabi she says: “my love.” The affectionate gleam in her eyes and the intimacy in her tone suggest that our chief warrior woman has a soft spot and is definitely not all work and no play! 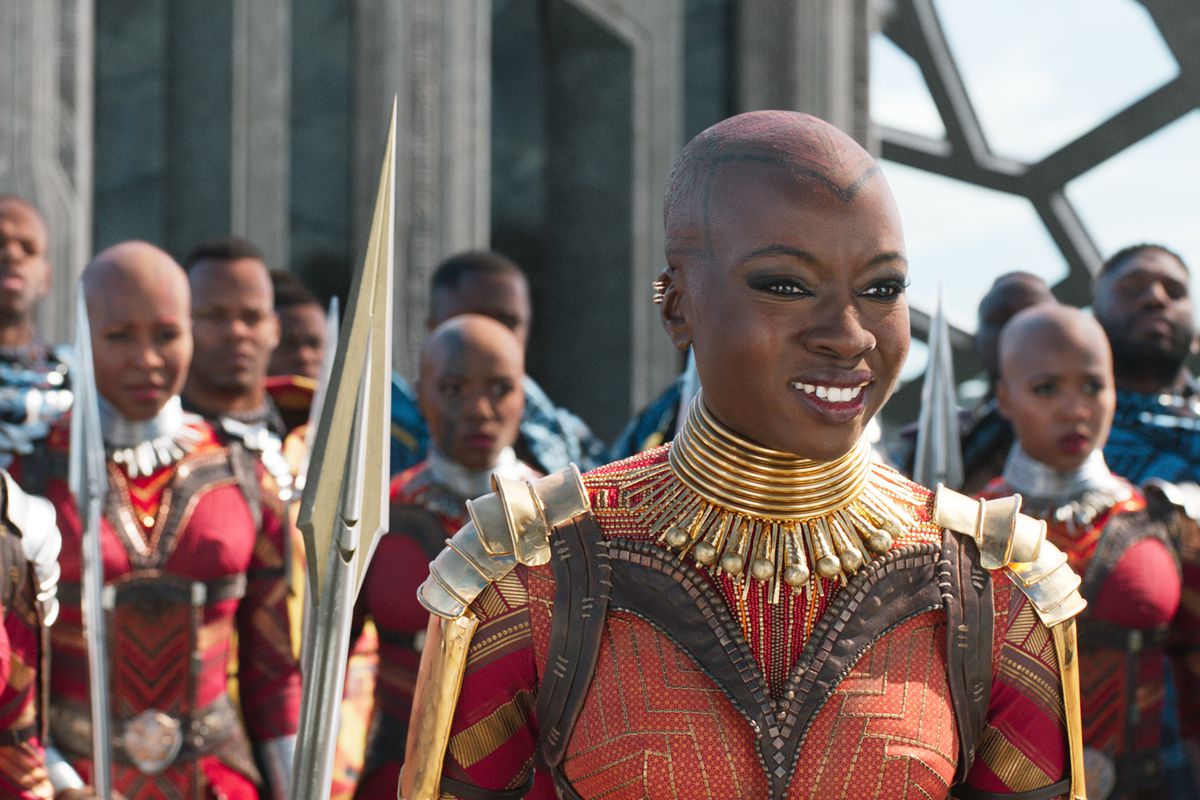 Queen Ramonda (played by Angela Bassett) is the picture of regality. Poised and elegant, The Queen of Wakanda is like something out a Disney Princess film. However, we get to feel her pain and loss twice in the movie. Bassett is such a master at emoting that your heart breaks for the grieving queen wyih every loss she experiences. The resilient queen serves as a reminder that while Black women are not immune to suffering. 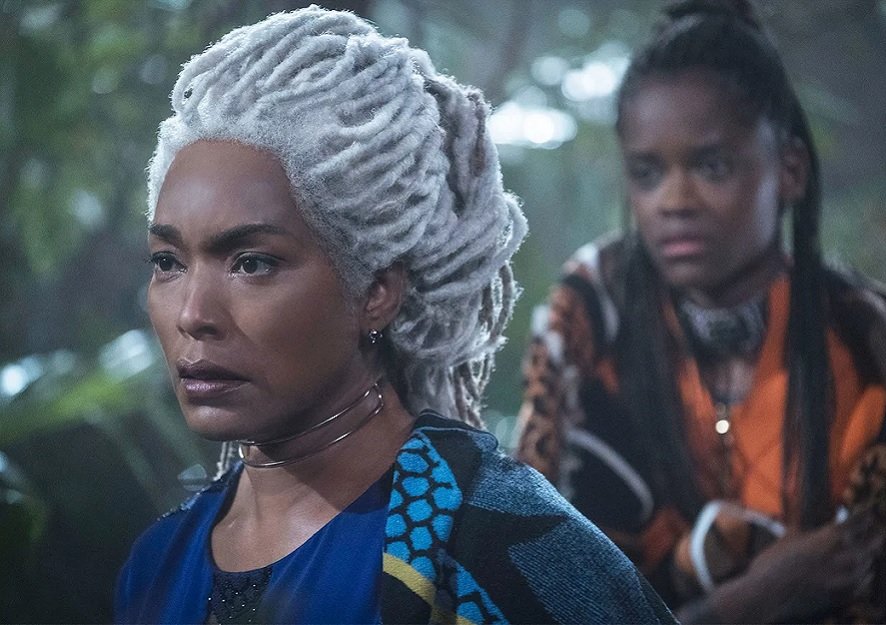 After witnessing the injustices that Black people are suffering outside of Wakanda, Nakia divulges from her tribe, making it her personal mission to make the world a better place. There are several scenes where Nakia encourages her lover, King T’challa, to open his mind and his heart, and true to form, T’challa can’t resist her. In the end, Nakia inspires her nation with her compassion to do all they can to help their kinfolk.

In another masterfully subtle scene, Okoye confronts her lover head on. She steps onto the battlefield as he charges on his trained battle rhino. Just before she can be trampled over, the big beast comes to a stop and turns into a gentle giant giving her an affectionate kiss on the cheek. The moment, as brief as it is, serves as another cute demonstration of Okoye’s softer side.

In the final showdown, lovers Okoye and W’kabi are face to face. Without giving away too much, the warrior woman manages to make her man stop his foolishness in a matter of seconds. He kneels at her feet. During this scene, the theater erupted in applause. Some would think it was because the war was finally over, but I believe it was deeper than that. Here was a Black man choosing his love for his Black woman over himself and his motives; showing her honor and respect.

Black Panther did more than portray dark skinned Black women as warriors, scientists, and queens; it also showed them as women in every essence of the word: graceful, charming, and beautiful. A truly dynamic representation of dark skinned women and their beauty, 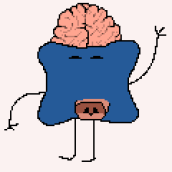 What Does March Have In Store For Your Star Sign?