Anime + Manga, Reviews, What To Watch 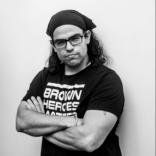 Promare on the Big Screen

A friend of mine had some advice for me back in October: “Go see Promare, and watch it on as big a screen as possible.”

GKIDS announced a theatrical return of the film in select cities in December and I quickly snatched my tickets. All I can say is: that advice was right on the money. Still, anime fans or just fans of animation in general needs to jump on the DVD when it’s released.

Promare’s high concept regards firefighters in a modern-day metropolis. Some key differences here, though: the firefighters are powered by mechas and high-tech craziness, and the fire is a living entity. Thirty years prior, a worldwide disaster known as The Great World Blaze occured, prompted by mass spontaneous human combustion. An early scene reveals that certain people around the world, mostly under emotional duress, lashed out with unrestrained pyrokinesis. Later dubbed as “Burnish,” these folks are rounded up into containment, with others living in secret among the populace.

Since the event, cities return to a kind of normalcy, though “Mad Burnish” groups continue to be a problem. Named as terrorists by the PTB, Mad Burnish are kept in check by firefighters like Burning Rescue, a cadre of public service heroes. Before you think this is all heading into PAW Patrol territory, Promare enjoys playing with audience expectations.

The film actually has two prequel shorts, focused on hero Galo Thymos and Mad Burnish leader Lio Fotia. My viewing had the Galo prequel ahead of the main event, introducing him on his first day on the job. Galo is one of those classic headstrong anime archetypes, with an eager peacock strut and asymmetrical blue haircut that never waivers. Then again, this is Trigger, so his posturing is soon tempered by a dramatic backstory and an admirable humanism.

I recently watched the Lio short (which uh…you can find online, but I wouldn’t know anything about that). While it’s excellent, I think the Galo prequel is a better fit, only because Lio’s background works better as a secret. Frontloading softens his character development. Eventual DVD-release pro-tip: don’t watch Lio’s short until you’ve seen the film at least once.

The onscreen action is no less than dazzling. A heart-racing camera takes in every single contour of the blaze, plummeting down skyscrapers and chasing ice bullets to their targets. 3D-modeled backgrounds help create a constant sense of speed, allowing fights to spread across architecture. Burning Rescue (and Freeze Force, a more sinister police sect) have various forms of ice technology to contain the blazes and capture Burnish. The Burnish tech may be lower, but it’s also always more glamorous. Head members ride on magically constructed multicolored motorcycles and ATVs and bend magenta flames into creative weaponry. They’re always well ahead of The Man on style points.

This is character-based storytelling, but even a two-hour film can’t explore the full roster. Promare takes the smart approach of motivating the narrative to Galo, Lio, and a select few others. While it would be nice to get a little deeper into the Burning Rescue team, they soon morph into set dressing. In a full series or OVA we’d get more time with them, but their cliche chic is no less fun and doesn’t distract. There’s the chuckling heavy, the condescending dude in glasses, the nerdy tech girl, a gluttonous anthropomorphic rat…you get the deal.

The leads are outstanding, though. Galo is tirelessly positive, and enjoys screaming out different gear names and techniques with mecha-anime panache. Lio is a conscientious freedom fighter, prioritizing his Burnish family to protect them at all costs. To say much more about the central conflicts in Promare would spoil some of the worthy surprise, but I will say that there’s more to the plot than the first ten minutes implies. It even could be argued that it echoes certain current events.

Most every anime cuts corners here and there. Promare hides any of those corners extremely well, resultant from the praiseworthy efforts and vision of its now-legendary studio team. It’s the full spectrum: imaginative action sequences, hotblooded soundtrack, and a story that’s self-referential, but with serious stakes. A big theater upgrades all of these aspects, so let’s hope that Promare makes another theatrical return, even after its DVD release. You’ll want to see this loud and large.