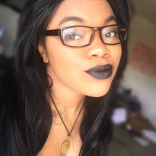 What happens to a fandom when the toxic “fans” become the face of the entire group?

It is a sad day for a fandom when the loudest voices are the most toxic. Most people are excited to engage others about their favorite book, show or movie so they can gush about their favorite parts. Chatting about theories, character development and what you hope to see next is all a part of finding your nerd niche in a fandom. Your fandom can quickly become your family and that is wonderful, but every family has a drunk uncle or two.

Drunk Uncle toxic fans are loud, they are sometimes trolls and they will stop at nothing until they feel satisfied. What does “satisfied” mean in this context? It could mean a litany of things but in the end it usually means that something did not go their way so they yell, scream and type until they get something.

On my journeys in and out of fandoms, I’ve noticed four that have truly taken the cake for having an overwhelmingly large toxic population. From harassing the voice actors to forcing two leading ladies off of social media platforms, the following four toxic fandoms need an attitude adjustment sooner rather than later.

After the breakdown, there will be an easy to follow list of things you should and should not do when you disagree with something in a book, show or movie for those who don’t know how to act.

Let’s take a trip back in time to when Episode I (1) hit big screens and a tiny boy, little Anakin, pops on screen. This little actor was living his best life, until the fandom attacked. Despite Episode I’s success in the box office, the harassment and nonstop critic of his performance as pre-Vader would not only earn him a nomination for the Golden Raspberry Award for Worst Supporting Actor but it would also put him down a path of destruction. Since he retired from acting, primarily because of the bullying he received, he has since been arrested and sent to a psychiatric facility.

Jake Lloyd will hopefully receive the best treatment possible but, it’s important to note that history is repeating itself in the fandom. Daisy Ridley (Rey) was bullied off of social media and followed by Kelly Marie Tran (Rose) a year later. Since Kelly’s swift and quiet removal of all of her photos on instagram there have been many think pieces on why the Star Wars fandom is so toxic to women and women of color in their films. To quote SYFY Wire’s article entitled, “Star Wars has a White Male Fandom Problem,” Star Wars may actually have a white male fandom problem.

From entitlement, racism, sexism and all around clownery, it is apparent that these “fans” have no idea how to act in the face of something they disagree with. Again, do not worry, there is an easy to follow list down below to help in case you have an overwhelming need to do something less than savory.

This one is a doozy! On the surface you see one thing but, with a little bit of digging, you find another.

For those unfamiliar with Steven Universe, it is a show created by Rebecca Sugar, whom you may remember from the Adventure Time team. It’s colorful, funny, cute and finds a way to tackle harsh themes without being too intense for children. Many people have militantly flocked to and defended this show because of it’s diversity, LGBTQ+ inclusion and soft boy main character. What happens when someone is bullied into attempting suicide for their fan art though?

Tumblr artist Zamii was bullied for making Rosequartz too thin, resulting in her attempted suicide. Sounds awful, right? Let me back it up and re-write the sentence from the other side: Problematic Tumblr artist Zamii, notorious for racebending (in this case Colorbending) and making regressive statments was bullied and supposedly attempted suicide. One of those sentences may garner sympathy and the other makes you scratch your head. It is important to know that none of them Crystal Gems have a race or gender though! So why change them?

Zamii is not the only person out there colorbending the Steven Universe characters in favor of fairer features. There are several “fanartists” who tend to remove any trace of color from established characters for reasons we sane people cannot imagine. So, what happened with Zamii? She posted a few videos of her “in the hospital” talking about how she was a victim of bullying, her treatments and her plans moving forward. A fan of her’s doxed several people, sending one to jail for six months. In conclusion this raised a lot of questions for Tumblr’s artist community.

People flock to Tumblr because they feel safe there, this situation with Zamii brings up an interesting problem. Racist “fanart” is still racist. Do we allow that on the grounds of artistic freedom or do we say something? Sexist “fanart” is still sexist. Homophobic “fanart” is still homophobic. This is such a touchy situation but, where is the universal line between art and offensive narrative? This happened about three years ago, but the questions remain as people continue to depict these characters in different, sometimes offensive, ways.

Goodness gracious great balls of fire! This one is right up there with the Star Wars Fandom. Voltron is one of the few reboots to not immediately garner hate just for being a reboot. It’s truly a great show despite it’s rocky first season. The animation is beautiful (thank you Studio Mir), the story is great, the writing is also pretty fantastic, so, why is the fandom toxic?

Early last year a “fan” threatened to leak confidential storyboard information, character designs and notes for, as of then, unreleased episodes if the show runners did not make Klance (Kieth and Lance) canon. This had to be the most ridiculous thing to ever have happened in the history of any shipping war. We all have a ship that we would gladly sink with but, this is a new level of devotion. When this “fan’s” demands were not met, they released the information which opened up the company to lawsuits from Dreamworks if they could not put the cat back in the bag as they say.

Though the leaked photos were shared many times, real fans deleted them after hearing that Studio Mir could, in fact, be sued. Unfortunately, some people did not care about the well being of a great animation studio.

While this was going on, Josh Keaton, voice actor for Paladin Shiro, found himself in the midst of death threats for pedophilia. Not him, the real person, the fictional character he brings to life. Some fans of the show decided to express their violent opinions on pairings involving Shiro to the point where he spent days explaining himself when he did not need to. You can read one his responses here.

Unfortunately, this fandom is so toxic that voice actors Kimberly Brooks and Tyler Labine rarely interact. I believe Steven Yuen and Bex Taylor-Klaus are also in avoidance mode. When it comes to this fandom, like the Star Wars fandom, they did this to themselves. Of course the well-meaning fans suffer but, these poor acting professionals are getting the shittiest end of the stick by far.

The Rick and Morty Fandom

Oh, boy. Where to begin?

Rick and Morty is one of the smartest shows on television because of its writing. The combination of crass humor, pop culture references and awesome writing involving bodily functions all wrapped in a bow made of nihilism made this show wonderful. The fans, intellectually superior in their minds, made it awful.

“The otherwise amusing and observant show attracts the attention of a very specific type of individual: the type of devil-may-care cyberbully who feels at home in the illustrious halls of 4Chan. This fandom has congealed so completely that the very concept of being a “Rick and Morty”fan is considered a meme, and these fans have quickly established themselves as an A-level threat to anyone who crosses their path.” – Medium, Katie Fustich

When McDonalds announced that they were bringing back its mythical Szechuan sauce, Rick and Morty fans rejoiced. Then the sauces were gone and they rioted. There were meltdowns in stores, people climbing on counters and even the frequent hurling of insults to McDonalds staff. Rick and Morty fans somehow felt entitled to this sauce that they more than likely forgot about until it was made a plot point in an episode of the show.

Let’s talk about the harassment the “fans” threw at female staff members of the show. Entering it’s latest season, violently vocal fans attributed the perceived decline in story to the new female scriptwriters. These brave ladies saw everything from rape threats to death threats to being doxed. This happened so frequently that show-runners, including show creator Dan Harmon, had to essentially disavow half the fan base for being “knobs.” While women have been on the team since the beginning, malignant fans, a lot of them noted to be part of the gamergate and alt-right movements, seem to be under the belief that “their” show is being taken over by “SJW’s.”

Finally, I would like to touch on the “Ricks,” the “Morty’s” and the “Jerry’s.” Yes, many fans like to characterize themselves as “Rick’s.” They believe themselves to be intelligent, resourceful and right all the time. What they like to leave out is that Rick is also emotionally damaged, afraid, self-destructive and generally destructive. People who identify as a “Rick” also seem to suck down a lot of red-pill philosphy and therefore dub anyone they find inferior but useful “Morty” and anyone who is inferior and useless a “Jerry.”

Lets be real though, anyone running around with a perceived sense of superiority while threatening people behind a computer screen is a coward and emotionally deficient in some way. What I’m getting at here is, all of them are Jerry’s.

In the end, good fans and the people who work to make all of these shows and movies suffer at the hands of violent fans. Some things you can do when you do not like something in entertainment:

Things you should not do ever:

If you are a fan of the above and you actively avoid the fandom because of toxic people, find your tribe. There are great fans of all of these out there! No one wants to see these shows and franchises pulled because people don’t know how to act! 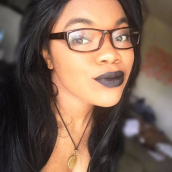 #WitchingHour: How This Full Moon In Aries Will Inspire You To Be Be Bold And Fearless