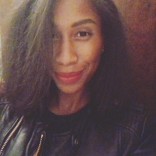 [QUIZ] Which Incredibles Character Are You?

Learn more about his story below.

It looks like you’ve been in the animation field for a while now- about 10+ years? So, I’m interested to know how the artist’s landscape has changed. How did you, initially, go about sharing your work in order to gain clout? What were some key factors to your early success that helped catapult you to where you are now?

Yeah, it’s been over a decade. It still feels like I’ve just begun. When I started out, I didn’t know about too many social media outlets. But I think everyone and their moms had blogs. So, I ended up creating a blog, and a website, to showcase my work. Some people would reach out saying they saw it, but I’m not sure how much traction it got. I was hesitant, but I jumped on Twitter back at the end of 2011, when I was working on the Tomb Raider game reboot. I think that really helped to get a bit of a boost, creating visibility for the artists behind well-known projects out there.

Many adults live by the notion that cartoons are for children, but often forget that the adults that create them are generally critiquing society and trends in pop culture and delivering them in digestible pieces. What stories or ideas do you want your audiences to learn more about through your creations?

First thing is, I REEEEALLY pray for the day that animation is seen more as a medium, and not a genre for children. Animation is simply another vehicle to bring stories to audiences. Films from the top studios out there right now have content that’s for EVERYONE- not just children.
I just want [my audience] to connect with what I’m expressing. I’m just trying to bring something real to my work, and put my perspective on display- to talk to the people.
Some films like Jordan Peele’s “Get Out”, Dee Rees’ “Mudbound”, Barry Jenkins’ “Moonlight”, or some previous titles like Ava DuVernay’s “Middle of Nowhere” or Ryan Coogler’s “Fruitvale Station”. These excite me for the possibilities in animation!

Your work highlights Black life and culture in a unique way, so I’m curious- what Black cartoons characters were your favorite back in the day- or even today?

Thank you! Some of my favorite Black cartoons, or characters from back in the day were “The Proud Family”, “Waynehead”, “Boondocks”, “Black Dynamite”, “Static Shock”, and probably more I can’t think of on the top of my head, haha.

You were included in Variety’s “10 Animators To Watch In 2016”- congrats on that! How have you grown as an animator since then?

Thank you, that was such a surreal experience! I feel like since [I have been] pushing harder to create my own stuff. Learning more about storytelling, and directing, through my latest short film, “Canvas” (releasing the trailer for it, in the fall btw! 😉 ).
[I have experienced] more growth as an artist in general. As an animator, I’m always growing through each project. Each film I’ve worked on, I’ve taken something new from it. Most recently coming off of “Incredibles 2” I really learned MORE about simplifying ideas by boiling it down to the essence of what this idea is, and using that to make a strong statement.
Animation can be so flashy, and broad with ideas at time- beating you over the head with something to make it known. I love when you can pull ALL of that back, and just give a dose of something, and the audience gets it instantly! Animation is often associated with exaggeration. Exaggeration isn’t just how big things can be. It can also be the opposite.

Children and adults, alike, are obsessed with Coco- and you had a hand in bringing it to life. This is literally one of my favorite cartoons of all time- so I want to know what was your specific role in creating this movie and what was the experience like bringing another culture to life that you, presumably, are not apart of?

Aw, that’s amazing to hear!! “Coco” was an amazing film to be a part of. As an animator on the film, it was my job to, like you said, to bring life. So, I create the acting performance with the characters you see on screen, working with the audio that our voice actors provide. It’s a great collaboration between the actors and animators. Animators ARE actors. We have to study acting, and we have to take what the voice actors do, and build on that, with the physical performance you see on screen. Many of us act out our scenes, and use it as reference when we animate. I act out my scenes, as well as draw out my ideas. In the computer, the characters are just blank digital puppets with thousands of controls to articulate everything from the rotations of an arm, to the muscles in an eye lid. We craft every expression, every pose, and every bit of movement the characters do.
“Coco” was such a special project to me, because of how authentic Pixar, and our directors (Lee Unkrich & Adrian Molina) wanted to be in telling this story. I feel like there are some similarities in Black and Mexican culture, in the people. So, I still felt like I could relate to things in the film, and pull from my own experiences, without having to stretch too much. Learning more about Mexican culture, and specifically Dia De Los Muertos, was definitely an experience I will remember throughout my career. It’s such a beautiful tradition, and I loved that Pixar allowed us to participate in some way, like having a digital Ofrenda at the end of the film. My Uncle Jackie passed away near the end of production, so I was able to have his photo on the digital ofrenda- that’s in the film- at the end. I’ll never forget that.

Frozone had a much larger impact in The Incredibles 2 (and it was an awesome movie). Did you have a hand in bringing more depth to his animation- or even his character development?

Thank you! I did! I animated a few scenes with him in the film. And for one, I love Samuel L. Jackson’s work, so it was amazing getting to animate to his voice, and channel some of his energy when creating performances for him. Aside from animating, I also did a bit of character development, working with some of our supervisors in creating a pose library for the character’s facial expressions, that the animator’s could use. Working on Frozone was definitely one of those career highlights. Working on a character that looks like me, at a studio like Pixar… A beautiful thing!

When you teach your animation classes in the Bay, do you have a lot of Black artists and animators attend? Are they aware that classes and teachers of color like you exist? If not, how do you think we should go about making these opportunities more visible to animators of color?

I usually have a wide variety of students from all over. But the percentage is VERY low, in terms of having black artists in my class. I’ve been teaching animation for about 5 years now, and I’ve probably had less than 10 black students. I think within the animation community, there are ways of finding out [about classes], so it could just come down to timing.  [Studying animation can get expensive, unless you’re going the self-taught route]. There is always a question to why numbers are low. But, it’s always hard to pinpoint factors. Some of it could boil down to the amount of us out there trying to pursue animation, even if it’s an interest. Depending on where you come from, it may not be seen as an actual career option, and in some cases we may be pressured to not go after something like animation, because of the misconception that it’s for kids. The ideas can go on and on. I try to make it more visible, posting on social media when I’m teaching classes, etc. Also, just being more active on social media to be visible, and accessible. We’re out here, haha!

On Twitter, you’re pretty vocal about appropriate representation in your industry, and most recently, a lot of your tweets have pointed to including black women in conversations in the writing and animation rooms. So, in your opinion, what Black, female animators should we be on the lookout for?

Yeah, there are so many voices that NEED to be heard and taken seriously! They aren’t necessarily animators, but Black female artists in the animation field (or related) to look out for- or to KEEP watching- Vashti Harrison, Aphton Corbin, Jocelyn Cofer, Tiffany Ford, Pearl Low, Dannie B., Shannon Wright, Tara Nicole, Alleanna Harris, Monique Henry-Hudson- and many more out there!

This will probably be “need to know” information- but I’m going to shoot my shot! Is Pixar going to continue to highlight stories of people of color in a meaningful way, as far as you know? Has anything come across your desk that makes you immediately say- “Oh, the culture is going to go UP for this”?

Oh yes, very “need to know”, haha. Well, I can’t speak on anything in development, but there are some pretty exciting things coming, I’ll say that. Just keep watching, and I’ll be giving a shout as soon as I’m able!

Black animators! There are opportunities out there for you.
Be sure to follow Frank Abney on social to stay updated on classes and insights that he has in the industry:
Find him on Twitter (@ifrankabney) and Instagram (@frankabney)- thanks for reading! 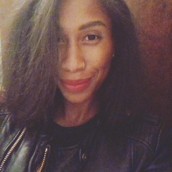