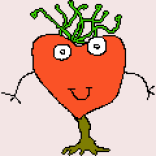 Actually, it isn’t just Hearthstone that has a problem, it’s one that I’ve seen across the scope of the gaming industry in general, and it can be summed simply as this – there are not enough female characters in gaming and when said characters are made available, they are behind a paywall or must be acquired through some random feat.

With Hearthstone, players choose from the eight available character classes and only two classes are represented by female characters – the mage and rogue classes which have Jaina Proudmoore and Valeera Sanguinar respectively.

You can get additional female representation in the game, however this requires the player to either pay for them or get them through special promotion.

Currently the female swap for the Hunter class. She’s available only through purchase – that’s right, for a meager $9.99, you can get the representation you want in your video game, call or click today!

The only female paladin thus far. She’s made available when you raise your World of Warcraft character to level 20 i.e. she’s offered as an incentive to get people interested in Warcraft, Blizzard’s most renowned game.

The alternate hero for the priest class. She’s been made available twice but only under very limited circumstances – during the first instance, players had to subscribe for Twitch Prime from September 30th to November 5th 2016 while the second time players could only acquire her if their Battle.net accounts were in the South East Asia (SEA) region and they had purchased a 40 card pack bundle which costs $49.99.

Alternate hero for the rouge class, available by playing ten games in standard format Blizzard released it. She’s actually the easiest of all these female heroes to get which is odd since she’s just a swap out for another female hero. Maybe that’s why?

I consider her to be the only redeeming quality for the warlock class because I absolutely despise playing that class! I mean, so much of the warlock playstyle is contingent upon glorified self mutilation (basically). Nemsy offers players a refreshing happy character while playing the morose and morbid class, unfortunately she’s only available to those who participate in a Fireside Gathering – an official public gathering for Hearthstone players.

This whole scenario is oddly similar to Feminist Frequency’s Women as Reward v and DLC edition videos. Welp, just seeing this in Hearthstone just shows me indeed how much farther we need to go.