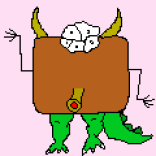 When the first sneak peaks for the music video of Jay-Z’s Moonlight first surfaced, there were several rumors that there was going to be a reboot of ‘Friends’ with an all Black cast. The reactions to this possibility were mixed.

Some were excited about a potential reboot because of the cast, while others were left with the question, “who asked for this?” Some White Americans came across the video and cried ‘cultural appropriation’ and were left clueless when Black Americans corrected them by saying that Living Single, the alleged inspiration for Friends, came first. One particular comment from this debate left by a white person stood out to me:

“Living Single couldn’t have been a popular show since I’ve never heard of it. Why would ‘Friends’ want to copy an unpopular show?”

“You’ve never seen *insert American movie/TV show with all white cast*? How is that possible? It’s a classic!” From old time movies, to TV shows that we’ve only now known to live on TV Land, to the most covered award shows, people of color are supposed to know “the classics”.  Are the roles ever reversed? Have Black Americans ever questioned Billy at the water cooler what he thought about the BET Awards or NAACP Image awards last night or what Susan’s thoughts are on a reboot of A Different World or Martin? Probably not because these are so-called “Black shows”. When Full House was rebooted as Fuller House, all of America had an opinion, however, because we were all expected to have watched the original series.

Now, onto the second part of the person’s comment: “Why would ‘Friends’ want to copy an unpopular show?” The same reason that today’s beauty trends have been smuggled and tripled in price from our neighborhood beauty supply stores. While the comment saying that Living Single wasn’t a popular show is dead wrong, the idea of the majority taking ideas from the minority and flipping it in the majority market has been repeated through American history since the days of Columbus. Shoot, even Bring It On is based on this premise.

In Jay-Z’s video for Moonlight (directed by Alan Yang), an all Black cast reenacted the “classic” Friends episode ‘The One Where No One’s Ready’ word for word, screen for screen. A lot of publications are harping on the fact that the cast is all Black, but are not paying enough attention to the accolades of these actors.

Issa Rae is currently producing and starring in HBO’s Insecure, after years of several successful years of web series and Kickstarters for Awkward Black Girl. Tessa Thompson has starred in Dear White People, Creed and several other shows currently on television. Lekeith Stanfield stars in Atlanta while also starring in Get Out alongside Lil Rey Howery who also starred in The Carmichael Show with Tiffany Haddish (Girl’s Trip) and Jerrod Carmichael.

What do all of these cast members have in common? They are/were all a part of successful, groundbreaking and mainstream Black-led and/or Black-focused productions.

In the Moonlight music video, there is a scene where Carmichael asks Hannibal Burress off stage about his honest thoughts of the reboot to which Burress honestly tells him how bad it is.

It’s true. The scene is pretty bad and dry. The actors are stripped of all of the comedic charm and liveliness that we love them for and are forced into the roles of the traditional all white cast. This scene is an iconic scene for the original series, yet when reenacted by arguably the most prominent Black actors and actresses of this year, the scene comes off as unrelatable and hard to watch. It’s probably because the roles that these actors are portraying weren’t written for people of color.

The visionary and director for the video, Alan Yang (Master of None), mentioned in interview that while he chose Friends for the theme, the actual episode doesn’t have any significance other than it being an easy episode to recreate.

“One of the biggest priorities aside from the meaning of the episode was that we pick an episode with all of the characters in it, all in one story, and also all in one set. It’s a bottle episode, so we didn’t have to build Central Park or anything. ”

Alan also mentions that the parallels of the release of the Moonlight video have nothing to do with The Carmichael Show ending, which is what I assumed since Carmichael, Haddish and Howery are all actors in that show and the show was recently cancelled.

While the actual episode portrayed may not be significant, Hannibal Buress’s conversation with Carmichael is very significant. “Who asked for this?” Buress asks Carmichael about his involvement. He then brags about a role he secured as a talking parrot with a bad attitude that he booked with the popular series, Pirates of The Caribbean. “It’s terrible, but it’s way better than this shit.”

By saying that we are stuck in La La Land is a double entendre with the first meaning referring to the detached, dreamy state that is far from reality. Buress represents a segment of Black Americans that don’t want to address or do anything about the hardships that he faces as a Black American because it is too complex and not instant. They would rather take what they can get than do the work to get the recognition that they deserve.

SuperHi Wants To Help You Learn How To Code

“Y’all niggas still signin’ deals? Still?
After all they done stole, for real?
After what they done to our Lauryn Hill?
And y’all niggas is ‘posed to be trill?
That’s real talk when you behind on your taxes
And you pawned all your chains
And they run off with your masters”

Similar to label-represent artist versus independent artists, we are putting our fates in other’s hands instead of doing the extra work to have ownership and longevity.  Record labels have been known for shorting their artists and not letting their artists release music at their free will. Jay Z opted out of a record deal in 2015 and began to release his music via TIDAL, ultimately becoming an independent musician.

When I first watched the video for Moonlight, I figured that it was scripted to be Carmichael’s brainchild; however, he says that he was asked to do this project and saw it as an opportunity to be subversive for the culture. Unfortunately, this could never be the case, as the reboot was a White answer to a Black problem. If the reboot with an all Black cast had been real, would it have really been a win for Black culture? No.

While the original concept was similar to Living Single, the reboot would have always lived in the shadows of the original all white cast. Even with all of the accolades of the actors and actresses, you wouldn’t be able to mention the new reboot without first giving credit to the all white cast.

Similarly, because of a slip up at the Oscars, you can’t mention the actual movie Moonlight, an award-winning film with an all Black cast with some of the most notable actors and actresses this year, without thinking about how La La Land, a Jazz movie with an all White cast, was announced first as the winners of the Oscars. I don’t believe that this slip up is the only reason that La La Land is brought up in both the video and the song. The movie La La Land used jazz as a focal point without paying homage to Black culture or creators and  instead relied on a white man to save it.

The message interpreted throughout the video, the song, as well as several songs throughout the 4:44 album is that we as Black Americans need to not only wake up, but also do something about this new gained knowledge. The Moonlight music video ends with Carmichael staring up at the moon, after blanking out on set and being led by Issa Rae to a secret door to the outside world. Carmichael stares with somber eyes, as if he has been awakened to reality, but also as if he is confused.

Carmichael was left in the state that most conscious Black Americans are in now. We know that there is a problem in our system, but how do we fix a broken system and are we willing to make the sacrifice?

Personality Quiz: Which Kaiju Godzilla Monster are you?

10 Conventions Perfect For Blerds, LGBTQ+, And Geeks Of Color!