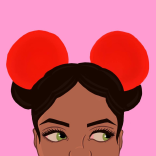 Netflix has shown us time and time again that they are perfectly happy spending thousands and sometimes millions of dollars for mediocrity on their streaming service. Yet somehow we are all still aghast when they do something like cancelling pure, golden shows.

The creator of “Tuca & Bertie”, Lisa Hanawalt, announced via twitter that Netflix would not be picking up the original show for a second season. With eloquence and gratitude, she spoke briefly about what the show means to her and what she hopes it means for fans.

The fans, myself included, were hardly as kind or gracious to the heinous decision.

Tuca and Bertie is an adult animation following the sometimes (usually) raunchy friendship between a loud, act first think last toucan named Tuca, voiced by Tiffany Haddish, and a nervous yet sensible songbird named Bertie, voiced by Ali Wong. When Bertie cannot assert herself or step out of her safe space, Tuca is there to lovingly drag her out and shout in her place. The reverse is true when Tuca loses focus on her responsibilities and general health; Bertie makes sure to put the toucan on the right track. This show gave us more than wild animation, head-scratching character types and laughs. It gave viewers a first hand look at the rawness that is being a woman from all angles. And it did it with a largely POC cast to boot.

The general advantage of adult animation is that you can push the boundaries of insanity and bend the rules when it comes to topics and imagery that are harder to deliver with live actors.

Unfortunately with most adult animation that advantage is squandered on the cis male gaze, overdone pop culture references and ridiculously clueless attempts at expanding on truly meaningful topics. I could be rude and bitter and list out these long running animations that should have been cancelled well before now, but the purpose of this is to explain our outrage.

Netflix not renewing Tuca and Bertie had very little to do with viewership and more likely everything to do with how uncomfortable the show made most men feel. Somewhere at Netflix someone decided they didn’t like the show because it broke the box adult animation has erected around women. The worst part of this is that the decision, as crap as it is, was completely within their power to make.

Streaming services have a gift that cable television does not have. That gift is freedom from the sway of “viewership.” When cable networks cancel shows it’s either because the funding for that particular show has gone dry or because no one is watching.

With streaming, both of these things don’t even exist. Money comes in from subscribers who pay for the whole of the service, not just one show. The money sits in a pot, so to speak. And even while animation is more expensive than live action, Netflix found the money to pay for three more seasons of Big Mouth; a much more expensive show to animate.

So where’s the excuse for why such an amazing show was canceled? Maybe they could look inward at their crap marketing strategies; which also make the lean into “we promote what we like and leave what we don’t to fend for itself.” Or they’re paying too much money for something incredibly mediocre that people have already seen a million times *cough* Friends *cough cough*.

Even so, out of the plethora of commonplace Netflix originals that could be cancelled, it’s almost an overstep to cancel T&B.

While I’ve been blathering on about how this is most likely at the fault of a man’s fragile and sexist outlook on women and their ideas, I’ve failed to say that there is no league of men rallying against T&B. At least not on the side of the people viewing it and not that I’ve seen or read with my own eyes. I’m sure most men have given it a pass like mature adults rather than hate-watch it, while the rest actually enjoyed the show.

The Many Faces of Female Independence

Tuca and Bertie got real about the “independent woman”. In Bertie, we got the one who loves her job but makes time for what she loves and what relaxes her. Simultaneously, while she is in a loving relationship she does plenty for herself and by herself, Speckle isn’t her whole life. Tuca has zero issue with her lack of a job in the traditional sense and finds amusement in the odd job here and there. She’d also rather have sex when and how she wants with whoever, whenever, instead of having a relationship. Draca’s shit is hers but she doesn’t have to condescendingly remind everyone of that every five minutes. Her heart is open and she shares without hesitation or expectation of a return.

Our Bodies v.s Everyone Else

Body-positivity is such a con job. It tells women, especially larger women, that loving your body is some special act rather than a normal one.

Fundamentally it takes the job of acceptance and puts it on the individual when the reality of the discomfort is that it’s everyone else’s problem. In T&B no woman, not once, shows doubts in her body until someone else, usually a man, forces that feeling onto them. Bertie’s left boob runs away when Dirk makes a gross comment about her “tight-fitting sweater” and she second guesses wearing a cute romper that makes her feel good when she realizes she’ll be hooted at.

Somehow this is a rattling no matter how it’s packaged and delivered. Women have sex. Women like sex. Women talk about sex.

Tuca’s openness about her sex life (as well as everything else) isn’t something she wears as a badge of pride or a shield against the people who are going to attempt to label her some way. It’s just who she is. When she gets an infestation of sex bugs the episode covers two things. How, like I’ve mentioned, women do gross dirty things and enjoy them also, while also making a statement about how little of a deal it is.

Tuca is aware that she has a minor STD, but her life isn’t over. She goes to the store, grabs some creams and medicines, and handles the problem.

The Curse of Generational Feminine Ideals

Tuca’s Aunt Tallulah is an older woman every woman has in their life to some degree. Whether it’s a grandmother who reminds us that “young ladies don’t __”, our mothers who ask why we’re not dating or married by now, or an aunt who feels the need to compliment your makeup in a way that underhandedly reminds you that she thinks you look less than appealing when bare faced (in my own experience).

The rules of what makes a woman a woman change constantly and sometimes several times within a generation. Yet somehow there is still this divider erected over the most trivial of things. Alongside several attempts to cut Tuca down about her physical appearance, she then attacks Tuca’s lifestyle. Tallulah belittles her, reminding her nice that she’s nothing without the elder woman’s help. A poor ploy to make herself feel better.

An unfortunate truth in our society is that the harassment and control of women isn’t always as black and white as being grabbed or even attacked. In fact, a lot of what makes women feel unsafe and uncomfortable comes coded and meticulously planned.

When Pastry Pete asserted his dominance over Bertie she had no clue of what to make of it. Regardless of her attraction to him it was an overstep and made her uneasy. It wasn’t until it was pointed out to her that it was harassment that she realized. Even as the carrier of the pain from an actual sexual assault as a child, this new and manipulative form of male dominance flew right over her head. Pete knowingly wielded his physical strength and professional position as a weapon.

Tuca and Bertie does one of the best jobs at showing what depression, anxiety, and self care looks like for many people; not just women.

Depression isn’t always siting indoors with the shades drawn and crying or sleeping the days away. While that is true for some, for others it looks a little more like Tuca’s life. A manic and reckless act; being the life of the party and she expresses excitement for everyone else.

Sometimes its just the distraction of something fun or a messy apartment full of things that should be thrown away but can’t be parted with. The triumph is in slowing down, cleaning up, and getting some rest. Meanwhile anxiety isn’t an unwillingness to try new things or explore. It’s just needing to set the boundaries. For Bertie it’s ensuring a time-limit for her time outside, having a plan, and wearing her special shoes that make her feel small and safe. Her spicy chips reward for herself sounds incredibly familiar as well and although it’s small, it makes her happy.

Gems like Tuca and Bertie, especially in adult animation, are hardly found. News of shows like this one not being given chances to truly become great are a theft at the hands of big companies like Netflix. Places that allow themselves to unfairly and unevenly promote content, make decisions behind closed doors and shirk their responsibility to empower true and unique creativity.

What Lisa Hanawalt was allowed to do for fans for just one season, she should be begged to do for many more.  Here’s hoping she continues creating and telling stories and that someone see’s what she has accomplished here and gives it another home. 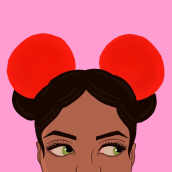