DreamWorks' Kipo and the Age of Wonderbeasts 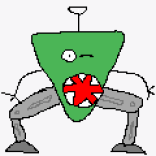 So you are telling me that I could’ve had adventure, sci-fi, post-apocolyptic shows growing up that didn’t just have a token person of color? We can have a full cast and not make it about the “American Black” experience?

One thing that I always envied about my white friend’s TV shows and films growing up is that their media never made them face their culturally historical demons. Beyond cartoons, my friend’s seemed to be represented in everything. They could fall in love over a shared playlist, they could go to summer camp and get turned into spies, they could be transported into some futuristic world and go on adventures while slaying villains with a guitar. It seemed like they could actually escape into their television sets. I, of course, had the free will to escape with them, but to my young adolescent self, it seemed like it wasn’t my world to escape to.

To give some context, I did a lot of my growing up in the Southeast of the United States, so a lot of my family members dealt with the after effects of systematic racism. This was (and still is) reflected in a lot of our Black media today. My family has always been a supporter of Black actresses and Black film, so these story lines are almost exclusively what I grew up watching, with no escape. While my friends were able to escape to secret ancient villages and jungles and outer space, I had to stay in the small, urban houses in Los ChicagoNewYorkAtlantaAngeles or in somebody’s cotton field.

I set this scene to show how refreshing it is that there are shows that exist like Craig of The Creek and the latest on the roster, Kipo And The Age Of  Wonderbeasts. Both have majority Black casts, yet the premise of the story rarely has anything to do with them being Black. Also, the main character is gay and the series doesn’t make it a focal point. The focus is more on the adventure and quests, which in the end actually leads to more developed characters and backstories instead of stereotypical ones. When I say that I want diversity in media, this is what I’m looking for.

The DreamWorks series Kipo And The Age Of Wonderbeasts follows Kipo Oak, a sheltered thirteen-year-old girl, who is searching for her father after being forced to flee from an ambush mutant attack in her underground city. To do so, she travels through an overgrown post-apocalyptic urban wasteland ruled by sentient mutant animals (“mutes”), and gets a crash course in survival together with her new friends Wolf, Mandu, Benson and Dave.

Not only are the characters diverse and is the soundtrack stellar, but the series also has star studded voice actors, such as Karen Fukuhara (Craig of the Creek,  Suicide Squad, The Boys), Deon Cole (Conan, Blackish) Sterling K Brown (This Is Us, Black Panther) and Dan Stevens (Downtown Abbey, Legion).

The creators have already started hinting at a Season 2 of Kipo and The Age of Wonderbeast , so catch up with this series while it is still fresh.

The Pride of Iceland: LGBTQA+ Celebration in Reykjavik

Check out the trailer for Kipo And The Age Of Wonderbeast :

Hot Anime Summer: Five Anime Series You Should Be Watching This Season

Rock The 80’s With Our Stranger Things Musical Review Quiz!