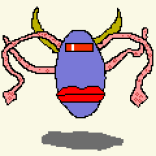 Rejoice, sci-fi fans! Netflix’s Love, Death, & Robots has come to save us all.

David Fincher (director of Alien 3) and Tim Miller (director of Deadpool) have come together to produce the first installment in what will hopefully be a multi season R-rated animated series. This Robot Carnival meets The Animatrix – esque anthology proves to be the perfect NSFW palate cleanser for all the mundane series who have failed to create something similar. With episodes ranging from 6 to 17 minutes long, viewers are treated to a wide array of varying art styles and story lines that push the boundaries of technology and how we interact with it.

Where other shows may flounder because of the lack of connectivity between episodes, this proves to be one of Love, Death, & Robot’s greatest strengths. We’re provided with the opportunity to watch 18 different vignettes ranging from the dark and depraved to the wildly hilarious. Many of the episodes left us with some very unsettling questions: Is time just one giant circle we’re doomed to repeat? Is survival without technology even possible at this point? Is basketball really as great as we make it seem? The varying lengths are both a blessing and a curse, as some endings leave you wanting more while others are a relief – not because the plot is bad, on the contrary, it’s astounding – but the reveal is too awful to imagine.

Although, the episodes can be watched in any order, it is very obvious that the episode listing was carefully thought out. Heavier installments are cleverly separated by more lighthearted episodes as to not trigger a bout of unending existential dread. For this reason, it is recommended that episodes are watched in the order provided for the initial viewing, because trust us – you’ll definitely want to have a binge session.

Love, Death & Robots shines brightest in its collection of eclectic art styles. Each episode is completely unique its use of animation for storytelling. From whimsical hand drawings, beautiful steampunk to some of the best CGI we’ve seen to date. Seriously, we’re not sure CGI can get any better than in episodes Beyond the Aquila Rift and The Secret War.

In no particular order, our top five favorite episodes are: Sonnie’s Edge, Zima Blue, Beyond the Aquila Rift, Fish Night, and Good Hunting.

We rarely get the opportunity to say it but Love, Death, and Robots has proven to be the perfect 10/10 sci-fi series thanks to imaginative animation, original plots, and creative use of a television show. There’s gore, love, tech, sex, and unbound death. What more could a viewer ask for – except for more episodes?

Check out the trailer below and be your own judge.

If you’ve already binged the series, what was your favorite episode? 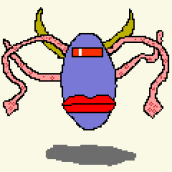