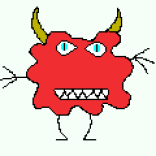 A native Floridian with a love for taking photos, drinking…

Eat Your Heart Out Sailor Moon! Agents Of The Realm Gives Us A New Era Of Girl Power That’s All Inclusive

Netflix’s latest apocalyptic movie How It Ends delivered an action filled trailer, but left me with more questions than answers after the film that I’m still trying to find the answers to.

I swear Netflix was determined for me to watch its latest sci-fi thriller How It Ends. The trailer kept popping up in my app and would autoplay on silent as I scrolled through my queue. Based on the trailer it had promise.

The end of the world was coming and the safety and well being Sam(Kat Graham), a black woman, was of the utmost importance. That alone was enough to pique my interest. Then I find out Tom , her father, is played by powerhouse Forest Whitaker and Theo James would be playing her fiance Will. On top of that, we get both men racing across the country to make sure she was still breathing and safe. Seeing that most sci-fi movies I watch center around the experimentation and torture of black bodies,  this was a much-welcomed narrative.

Sadly, the most exciting part of the film was the trailer because by the end of the movie I had more questions than I did answers. I cannot tell you the last time a movie left me this frustrated, because as wonderful as the acting and scenery of middle America was, there was too much filler during the second half. This film left group chats angry we couldn’t get two hours of our lives back, and why this star-studded cast had been wasted on a plot to nowhere. From that anger came a list of 6 things we want to know after watching Netflix’s How It Ends.

As happy as I was to see Will drive across the country with his soon to be father-in-law to ensure the safety of Sam, I wanted to smack him for his stupidity. Tom gave him very simple instructions. Don’t get out of the car. Don’t stop for strangers. What does this fool do?! Exactly what he was told not to.

Because of that, Tom and Will faced major setbacks and almost died numerous times. Hell, Tom died from injuries he sustained while cleaning up Will’s mess. Even after being attacked, Will continued to ignore these survival tips. It all could’ve been so easy, but he had to go and be the stereotypical white guy who ignores simple instructions.

I know all pregnant people’s bodies are different and they all don’t all show bumps during their pregnancy. But a question I and many in the Twitter streets had was “where Sam’s baby bump was?”. At the beginning of the film when the sex of the baby is revealed I gave them gave them a pass. Once we got the fade to black love scene end the of the movie, I had to roll my eyes.  There wasn’t even an attempt to fake a food baby let alone a real one. I know we were to suspend disbelief but we can only overlook so much. Where was the bump Netlfix?

Finally, they couldn’t have given Kat Graham one of those pillows to actually make her character look pregnant? If you’re going to introduce a pregnant character & have her far enough along to know her baby’s gender, she should look pregnant. #HowItEnds pic.twitter.com/Rt96GfIcIc

As much as I loved having Ricki (Grace Dove)  on my screen, I’m glad she ditched Tom and Will. Will clearly didn’t learn his lesson about trusting randoms and kept getting them into trouble. I’d like to believe she had the survival skills to make it on her own, but I want to know where she went. It is rare to see an indigenous woman play the role of an indigenous woman on screen who isn’t a stereotype.

When I finally found a role I believe in on #HowItEnds I knew it was my chance to take Ricki to the next level, and bring authenticity to the screen in my portrayal of an #Indigenous youth today. A character with layers, a background, and the capability to make her own decisions

#QuirkCounselor: I’ve Found 4 Ways To Be Thankful In All Circumstances (Even When Someone Doesn’t Approve Of Your Quirkiness)

https://platform.twitter.com/widgets.js
The fact that she’s the one who saved the day for Tom and Will and her labor played a large factor in them making it as far west as they did shouldn’t be forgotten. California may be gone, but I hope she made it north to Canada. So someone needs to tell me where Ricki landed because I refuse to believe she perished.

4 . How Long Had the Neighbor Been Plotting To Get with Sam?

Jeremiah (Mark O’Brien) is Sam and Will’s neighbor who saves her from being fossilized like a good chunk of Seattle residents. We soon discover he’s been planning a life to be with Sam up in the woods. This one caught me off guard like it did Will. Where did this man come from and how long as he been planning a life with Sam?

As much as  I enjoyed seeing these two men ready to throw down for this beautiful black woman, it wasn’t fleshed out enough. Had he been lowkey stalking her? Was he waiting in the cut for Will to mess up so he can swoop in and play captain save a ho? If you’re going to give me an evil neighbor, do some character development before the last five minutes of the moive. Too much happened too soon and I need more information to make sense of it all.

5. Was This An Isolated Event?

Yes, not knowing how it begins is an apocalypse trope, but I and the other good people who gave Netflix two hours of our lives want to know the how or the why? If it was a terrorist attack, where did it come from? If it was a natural disaster caused by volcanos or earthquakes, was it a result of global warming? Was Jeremiah’s simulation theory plausible and they were experiencing some real Black Mirror ish? We have no clue. The only thing we know is, Canada is safety.

Netflix really needs to answer this one for us. They gave us 1.5 hours of action and survival and 30 minutes of conspiracy theory nonsense that blew the plotline. There was a lack of Kat Graham who was used heavily to promote the film. And there was no closure. No one tells us how it ends.

Those are the most pressing questions I have for Netflix and the other powers that be. I suffered so you didn’t have to. If you have nothing to do one afternoon or evening and want to waste two hours of your life, watch this movie so you can rant on Twitter with me and come up with your own questions. Together we can determine how it ends. 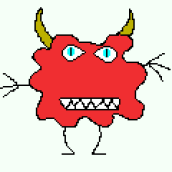 A native Floridian with a love for taking photos, drinking tea, blogging about blackness, lurking in fandoms, and hoarding gifs.