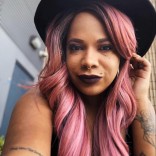 A Sci-Fi Love Story Where The Characters Aren’t White?! John Boyega and Leticia Wright Set To Star In Adaptation Of “Hold Back The Stars”

Well, it only took 22 years and a Blake Shelton, but People Magazine has finally named another black man Sexiest Man Alive.

Idris Elba has took the title he so rightfully deserved this year.

In 2018, Elba is only the second black actor to do so, the first having been Denzel Washington way back in 1996.

Look, Blake Shelton isn’t even the hottest dad at any given barbecue, and I’ll be perpetually perplexed at him being given the crown BEFORE Idris Elba.

While People has attempted to right their wrong this year, I’d like to offer them a nice life of attractive black men so it doesn’t take another 22 years for the title to cycle back around to a deserving man of color.

He is included in this year’s lineup, but c’mon, T’Challa deserves the crown. Look at that smolder!

It’s shocking that in all of his year in Hollywood, he’s never gotten this title. It’s long over due.

Will’s win is so overdue, it’s already time to give one to his son, who is already an icon in his own right. He’s even got a song that says so.

Do I even have to explain this one? Who didn’t leave the theater thirsty for Killmonger? I don’t even like boxing movies, and you better believe I’m copping opening night tickets to Creed.

He moves us to tears every single week in This Is Us. Just look at this man. Between his acting prowess and his smooth as butter skin, Brown deserves the title sooner rather than later.

At this point, I’m just naming the whole cast of Black Panther, but tell me these men don’t deserve it?

What is there to say about this dandy, classic man, that his music doesn’t already say? He needs to win for the way he rocks suits, alone.

The Way You Speak To Yourself Matters, This Is How To Do Better

Notable not just for his beautiful face, but his activist brain, Jesse Williams definitely stole our hearts as Jackson Avery and definitely deserves to be called the Sexiest Man Alive.

He’s grown up since his days on Everybody Hates Chris and knows how to rock an unbuttoned collar. Williams could definitely wear that crown with style.

He played Lando with more charm than Billy Dee. He’s a triple threat, and looks damned good with a beard and an open shirt. Add Sexiest Man Alive to the accolades he’s already collected.

He might be young, but he’s got time to grow into the title. Especially if it takes them another 22 years to give it to a black man.

Everyone loves a funny man. Why not give it to Wayans, who’s been making us laugh for years?

I’m not saying the next 22 years of Sexiest Men Alive should be black men (I wouldn’t be mad about it, though), but let’s just insure that it is never again a man as bland as Blake Shelton.

Thoughts? Drop them in the comments! 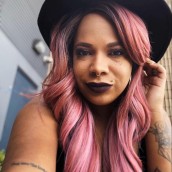