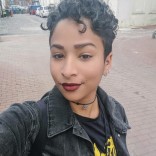 New York City based blerd who dreams in 90's kung…

The Incredibles 2 Review: The Coolest Family Of Superheroes Are Back

Watching the trailer for Boots Riley’s ‘Sorry To Bother You’ wasn’t enough to prepare my soul for the socially driven, wacked out, comedic yet drama- filled sci-fi rollercoaster that ended up being this movie.

To pick it down to the bone, the film’s message balances around what happens when two strongly opposing points of view become so defined, our ethical world (basically) explodes… Sounds familiar, right? So, take this relatable circumstance, and shift it to a 200% more hyperbolic, boundless fantasy version of our America. There we go.

The underlying themes of Good vs. evil, the rise of technology, racism in America, the bourgeoisie, and the proletariat, the ethics of morality, the corrupt truth of “the system”, “fake news” and the media. All of it. Dare I say, this movie is a “woke man’s playground”. All of it while keeping you hysterical the entire time.

“There are things that are done in this film that you’re not quote-unquote supposed to do.”- Boots Riley

I could tell you exactly how telemarketing evolves into a politically charged eclectic comedy and spoil the movie, but that would be against my ethical values, so I won’t. Until you see it for yourself, you can experience essentially the same thrill as watching ‘Sorry To Bother You’, by mixing a smidge of LSD into to 12 cups of righteousness and baking it in an oven of “real life sh*t” for at least five hours.

The Rumors Are True! “Space Jam 2” Will Star LeBron James!

‘Sorry To Bother You’ Drops In Theatres July 6th

*Side note- The line of merch for the movie is on point. I just ordered these rad murder/ kill earrings worn by Tessa Thompson’s character, Detroit. 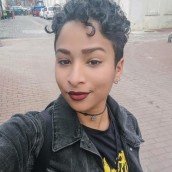