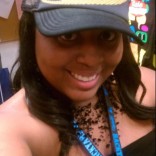 AfroFuturism And Uber Rides: How Young Tech Minds Are Changing The Sub-Sahara

The Most Dangerous Women at Comic Con is an annual panel that brings together a group of panelist to discuss women within the geek space. From movies to television, video games to anime, the panel touches on women being represented within this medium.

At the 2019 convention, the panel was titled The Most Dangerous Women at Comic Con: The Next Frontier.

The schedule explains that the panel was to discuss what comes next in representation for women as well as what breakthroughs that have already occurred.

It is no secret that there has been a struggle for accurate female representation on screen, but glass ceilings are being shattered at a great rate. There have been females leading roles in big budget films (hello, Captain Marvel) and taking charge in real life at these “geek” companies.

It is all exciting, but what’s next?

Jennifer Kretchmer states that the conversations need to open up “because it has been dominated by white men and white women.”

The diverse group of panelists agreed with this sentiment as Jennifer went on to discuss the transgender character of Gillian from Marvel’s Jessica Jones Netflix series who is played by Aneesh Sheth, a transgender actress.

Kretchmer says “I’m a cis woman but what I’ve learned from my trans friends is that the experience depicted on screen is always about transition and never about someone that is happy and living their life.”

Sheth has been quite vocal about how pleased she was with the role of Gillian not just focusing on the fact that she is transgender and how it is excellent to have trans representation that just allows for the characters to exist in the world.

How Erased Discusses The Importance Of A Support System (Anime Review)

“With social media, the conversation has been elevated and happens quicker,” Valarie states, “Now we can spread the word. I don’t think we’re ever going to stop talking until people understand there is a difference between what diversity is and what representation and visibility is.”

As major companies start representing women, the Next Frontier is to continue to push for more positive, realistic experiences for woman on screen.

Dani Fernandez had my favorite quote of the panel when talking about Bulma Briefs from the Dragon Ball series: “I also wanted to sleep with a guy in tight spandex and create a time machine…women can do both.”

Be sure to follow all these great women as well as check in with Quirktastic for great coverage from conventions around the country.