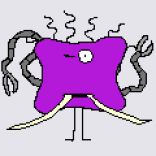 Quiz: Which Spider-Verse Character Are You?

An appreciation post that dissects the generations first black superhero and his long list of arch nemesis. The BANG Babies

Virgil Hawkins aka Static Shock is often overlooked in most comic circles. His television series “Static Shock” featured on Cartoon Network and WB Kids was one of the first of it’s time to feature a core black-centric cast.

It felt authentic the art style, the theme song and even seeing Static navigate being black in an urban everyday setting was groundbreaking. In some ways it paved a way for black culture to be available to main stream media, without being watered down, like Luke Cage, Black Lightning and even Black Panther.

From partnering with Superman, Lil Romeo and even the African folklore superhero “Anasi the Spider”. His crime fighting escapades were always one for the books and also helped black kids like me see myself in something other than the role of a “White Savior”

Static Shock  was the first sense of representation on TV to the young black boys and girls of my generation. The show provided life lessons about the importance of family and friendship.

Not only was Virgil Hawkins dealing with these things outside of being a hero but whilst he was a hero he dealt with ridding the city of “Bang Babies” A diverse cast of villains that were all pretty cool within themselves and were so layered, here’s a list of my top 9.

After being affected by the Big Bang, Ebon became a living shadow, able to flatten against any surface. He could glide along walls, slip under doors and through cracks, create portals to a location of his choosing, and travel from one shadow to another, as well as absorb other people or objects, carrying them with him.

Rubberband Man was made of rubber, and could change his body in any shape, like Mr. Fantastic but a lot cooler. He proved to be a worthy foe because as you know rubber does not conduct electricity. He was also brothers with Ebon, which was definitely trouble for Static and some point in the series.

After his exposure to the Quantum Vapor and complimenting his fiery temper, Francis Stone became a pyrokinetic: he gained the ability to create and project fire from his body.

Talon was the literal definition of “ON SITE”. She was always duking with Static and hated her mutant ability because it physically transformed her. Talon’s exposure to the Big Bang transformed her into a humanoid bird, resembling a mythological harpy, with a powerful screech. She was literally a mix of Black Canary and Hawk Girl.

Shiv was the jokester and only was a villians because the crew he was apart of was lead by “Ebon” had the power to form light energy-based constructs from his hands. His signature attack is turning his hands into blades, sharp enough to cut through steel. He had a slightly sadistic feel like “Joker with the razzle dazzle of Gambit.

Madelyn Spaulding aka Class President of Dakota High had both telekinesis and telepathy. She attended the same school as Static and utilized her powers during the election to ensure that she won. Talk about corrupted politics.

9 Anime And Cartoon Characters That Could Definitely Be Black

Okay I adored Puff, she was so feisty ! She could turn any part of her body into a cloud of gaseous vapor. She could hover and even travel through small cracks, she had the bark AND the bite.

Ragtag was such an interesting villain also very creepy. He had the power to mute anyones power so essentially he was like Rogue, just a lot more violent. His power once used that the person hooked to how he made them feel.  “SO CREEPY”, but great character.

Boom was a brute who had the ability to blast out sonic booms from the sound speaker on his chest, he wanted to take care of his little sister “Mirage”  by any means necessary even if that meant robbing a bank.