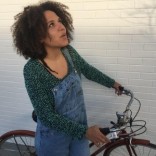 Geographical jitterbug, chronic dancer/shaker, and sensitive writer, I am trying…

Black Women And Incels: The Uncomfortable Conversation That Needs To Be Acknowledged

Random Acts of Flyness is what it would look like as if you took a bunch of internet conversations, videos, and twitter threads surrounding Black American issues and experiences of sexuality, gender, and violence in a white world and turned them into well- crafted and edited short films.

First and foremost, the show is about Blackness— and unapologetically so.

At the beginning of the show, we’re introduced to “Worry 473 of 1000 That A Black Person Should Not Have To Worry About” and that sets the general tone of the whole show. In episode four we’re reminded that we’re supposed to be keeping track of this list of worries when a narrative voice says “As the rent rises on your coastal metropolis of choice there is of course worry no 22, there is the commune we all say we want but between all 40,000 of us don’t have the money to make a down payment on.”

The show is accessible on HBO but I wouldn’t be surprised if more and more of its clever scenes show up on Facebook and Instagram feeds. Such as the scene where Terrance Nantes, creator and writer of the show, introduces an app to find the nearest white person to you who owes you reparations (see below).

HBO released some more scenes on their Youtube channel, such as the White Be Gone commercial, and they are making their rounds on the internet, much as the show was assembled from the internet world (and it’s making some people—read white people—pretty mad). This show feeds off the continuous amorphous conversation happening between articles, twitter drags, videos and more. These conversations surround black hair, gun violence, gender violence and identity.

The show is well-written in the sense that it takes sporadic clips from the internet and turns them into a regular plot line. However, it does maintain the randomness of the internet as well. You can follow certain people/characters throughout the episodes while others are dropped off after one episode and you don’t encounter their plot line again. The show combines humor with unapologetic commentary on black lives. Episode 4 with Whoopi Goldberg becomes a strange understanding of the experience of sexual assault. This is where loose threads of the plot from other episodes come together as a character we were introduced to earlier but who did not say anything goes through reporting a sexual assault.

What Is The Right Essential Oil For You? [Quiz]

Although I can connect with the show on an intellectual level, on an emotional level this show is pretty freaking depressing. Even when black people are enjoying themselves there’s a sense of doom foretold in quick shots and jagged music. There are moments, especially musical moments that are of joy and calm. Such as Moses Sumney’s guitar solo appearance in Episode 4.  This is why this show is definitely not a feel-good series.

You can’t passively watch this show. The show tells you, as a watcher, that you are creating the narrative with the characters. Every random clip has meaning because as watchers we will try hard to make sense of and give it meaning or try and keep track of the plot. Much like we give meaning to the media we access. The show employs narrative devices that are not traditional, almost to the point of losing you as a viewer.

Essentially, there is an effort to try and make sense of the random assault on black lives, and the randomness of it feels exhausting because you don’t know when it’s coming—much like the insidiousness of systematic racism and oppression. 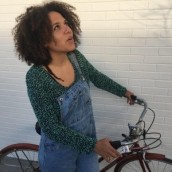 Geographical jitterbug, chronic dancer/shaker, and sensitive writer, I am trying to see how long I can live a creative life in this labor market while writing my scratch and sniff poetry. I love writing about local POC art, music, and DIY scenes as well as mental health and spirituality. Follow me @orangesunaa