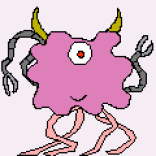 “So, what exactly are you?”

For me, not having the need to identify myself with one race or another, questions about me ethnicity were always taken in stride, giving the questioner the benefit of the doubt. When someone asked me, “Where are you from?” I would immediately fill in the blanks without having to be asked.

“I’m from Maryland, born and raised; my mom’s from the Philippines, and my dad’s from Tunisia.”

That’s usually it. Never any suspicious looks, no negative snap judgments about my character. Sometimes, I would have to explain where Tunisia is, and to those of you who are rolling your eyes at the supposed ignorance of such a question, stop that. Asking a question about a person’s background is the opportunity for education, not guilt or shame.

In arts and entertainment, the push for more representation by the marginalized has become stronger in recent years, where it seems like every story *must* include a non-white, non-male, non-straight, non-cis-gendered character. The push also extends to the identities of the creators, ensuring that both characters AND creators have greater representation. This is beneficial to those who have historically not had representation, and it gives individuals and groups examples at hand in order to say, “we exist.”

The thing is, I have NEVER felt that I’ve been represented.

Growing up in Montgomery County, Maryland wasn’t a particularly isolating experience, as the area was, even then as it is today, one of the most diverse places in the United States. The proximity to Washington, DC was perhaps the biggest factor in the diversity of racial, ethnic, and international representation. In school, even the bullies were diverse: smaller kids like me were picked on by the bigger kids, and the bigger kids were of all different races. Not that it mattered: race as an identifier was not something I internalized until around 3rd grade, when Black History Month was taught at school.

But still, learning about slavery, Harriet Tubman, and Dr. King, I never really made the connection that the Black kids in my class were the descendants of slaves. I took them as individuals, because to me, the designations of “white” and “black” were from before I was born, which, to an 8-year-old, is ancient history. No one at school was ever, *ever* referred to as “white” or “black,” and categories such as “Hispanic,” “Arab,” “Asian,” “Muslim,” or “Indian” were never used. The only other minority designation that was mentioned at school was “Jewish.”

This resulted in creating within me, a certain mindset that established a hierarchy of importance. White, Black, and Jewish were important; if there was anything apart from that, it was not worth mentioning. As a consequence, I subconsciously figured that if being White, Black, or Jewish was ever a factor in any decisions being made, I wouldn’t be a part of it. Now, you may think that sounds terrible, but understand, in my grade school, that never came up. My classmates were judged based on their personality, not their race.

That meant that, for me, my race was never a factor growing up, not only because I didn’t know what I was, but I also didn’t care. My identity was defined by my interests: I read books, practiced piano, watched cartoons, and listened to pop music on the radio. Asia was a continent on a globe, not place with any particular culture that I needed to be aware of. I mean, I knew that the Philippines was technically in Asia, and that Tunisia was in Africa, but that didn’t mean anything to me. My father raised me Muslim, and (much to my father’s anger) my mother taught me Catholic prayers. Again, in school, that meant absolutely nothing. The only time I ever experienced anything related to my parents’ home countries was when we visited family friends during parties, and that was mostly Filipino-related. The kids that I would hang out with were into the same things I was, and being Filipino was never a defining factor for us. Tunisian get-togethers were rarer, and it was during these times that I felt like an outsider.

Because my parents came from two different countries from two different cultures that spoke two different languages, their communication was, of course, in English. When speaking to their relatives, they would switch to their native languages: Tagalog mixed with Spanish for my mother, and Arabic mixed with French for my father. Since most Filipinos learn English in school, I never had to learn a different language to communicate with my mother’s family. As far as my father’s family was concerned, I usually got by with some Arabic words that I picked up, or relied on the English that my cousins knew. But one feeling remained consistent regardless of which culture I was around: I was not like them. I looked different. I sounded different. Only sometimes did it make me feel alone; mostly, it just made me feel separate.

So here I am, a kid who enjoys cartoons, reading books, and watching movies. The standard protagonists are usually white. My beloved superheroes were all white. Racial diversity came in the form of Black representation, Hispanic representation, and on a very limited level, East Asian. I never saw myself in any of those characters, especially East Asians. On the Super Friends, you had Black Vulcan, Apache Chief, El Dorado, and Samurai. Think I related to Samurai at all?

That Japanese hero didn’t look like me, sound like me, talk like me; he wasn’t even American. No, his diversity came from his national origin, an origin that I had no connection to. Every book I read, from A Wrinkle in Time to Encyclopedia Brown; every cartoon, from Transformers to G.I. Joe; every live action television show, from I Love Lucy to I Dream of Jeannie; every movie from Star Wars to E.T.: The Extra-Terrestrial; NONE of those featured characters that looked like me or had anywhere CLOSE to the ethnic background I had. So, from a very young age, I took for granted that there was absolutely no one like me in art. And as a result, my perspective on any piece of work that focused on identity was always as an outsider. Always. And that continues to this day.

So imagine my delight when a cartoon gave me a character whose racial background didn’t define how people treated her (including herself): Elisa Maza, from the Disney animated series “Gargoyles.”

Originally written as a Latina named Elisa Chavez, the character’s race was changed with the casting of Salli Richardson, a multi-racial actress with black, white, and Native American ancestries. Elisa Chavez became Elisa Maza, a New York City detective with a American Indian father and an African-American mother. Along with Elisa’s parents, Elisa’s brother and sister had supporting roles throughout the series, with Elisa’s brother Derek becoming a tragic hero known as Talon.

“I Wanted to Make Myself.”: How EbonixSims Raised The Bar For Custom Content

The series was exceptional for its maturity, and touched on a variety of subjects ranging from family responsibility, world history, gun safety, to even body modification. But through it all, Elisa’s character was defined not by her gender or her ethnicity, but first and foremost by her job. Her actions defined the quality of her character, and her interactions with other characters throughout the series were reflective of that.

I recognized a lot of myself not simply in the way Elisa was portrayed, but how she was perceived. To the best of my recollection, at no time did Elisa have conversations that included the phrase “As a black woman,” or “as an Indian,” or “as a biracial person.” She was her own person, with her own identity, even (and especially) when interacting with her family. I related to not just the distinction of her family life from adult life, and the distinction of the unique ethnic backgrounds of each of her parents. I cannot think of a mixed-race character, then or since, whose struggles or challenges had nothing to do with reconciling ethnic or racial identity.

There are, of course, multiple levels of irony here. I mean, here I am, discussing how I’ve never seen a mixed-race character like me on screen and how I treat art without prioritizing identity politics. But when I talk about Elisa Maza as a character that I could relate to, I highlight this character’s racial makeup, while simultaneously downplaying its importance in the series that she’s in!

But what I really want to do is showcase how we can have diversity in entertainment without having entertainment just be diversity. We need to learn how to swap out those critical lenses of identity politics and exchange them for lenses of good entertainment. If we simply focus on a character’s minority attributes as a priority, or if we critique a work of art mainly by its potential for furthering or harming social justice, then we lose sight of what the arts can be: different of expression to elicit emotion. When we put up roadblocks on those paths, we become less innovative, and we as a society cannot grow.