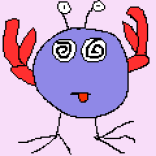 I'm Alana and I like video games— PS4, Switch and…

I’ve been watching Steven Universe since it began. I came for the art style, I stayed for the character interactions.

The dialogue between all of the characters and the songs that perfectly frame impactful moments in Steven Universe made me optimistic about how cartoons could shape the future. The emphasis on emotions, acceptance, and dealing with conflict all in a healthy way are wonderful to watch.

This is one of the best possible animated series that you or your younger family members could be watching right now.

One of the nicest things about Steven Universe as a show is that it’s very rewarding. For longtime fans, you know that Steven Universe is (unfortunately) usually on hiatus. For a while, we’d have “Steven Bombs” which would be a week filled with new episodes. This was great, but then afterward, it was radio silence.

No one knew when the next episodes were coming, and that could be weeks to months away. And more often than not, the Steven Bomb or the new episodes would end leaving you wanting more. At first, I was irritated, but now that we have many of the answers to the theories we’ve all concocted in our heads, I look back at that time a little more wistfully. A little more.

Here we’ll be talking about the Steven Universe season five finale, Change Your Mind. This will not be a moment by moment recap of the finale, so please watch the episode so you can geek out too!

Here are some of my favorite elements of Change Your Mind. I’ll be dipping into other season five episodes as well, as they’re important to framing the season finale. Let’s get started:

These two have come a long way from being strangers trapped in a bubble. Steven and Connie have a beautiful dynamic— they listen to each other and they’re there for each other in so many ways. It only gets better as the seasons go on and it was a pleasure to watch them even during the rough stuff.

Everything doesn’t always go perfectly and there are misunderstandings for sure, especially during this season, where there’s an arc dedicated to the two not talking to each other (S5, EP 5-10). It hurt to watch, but the feeling of relief when they come back together made it feel worth it.

The last few episodes leading up to Change Your Mind dealt with Steven choosing his own path to convince the diamonds to care for the corrupted gems on Earth, left behind by their past wars. He tries to get them to clean up their mess, but then makes his own— he throws a ball, which is traditional for Pink Diamond to do on Homeworld.

Some time is spent greeting all of the gems that attend, the diamonds being last and most elaborate entries. Things quickly go wrong, when White Diamond, the most important guest to Steven’s cause, doesn’t attend.

Steven is saddened by this outcome and in that moment, Connie asks him to dance.

“Look at me, we’ll get through this together.”

Look at the difference in emotions. Connie and Steven have an understanding and a connection that can’t be sevred, even when one of them feels like giving up.

They barely notice when they fuse into Stevonnie, which causes a ruckus at the ball, but makes me break into a gentle smile. They care for each other so much, that fusion feels natural to them and I thought that was really beautiful.

This cohesiveness, this emotional support, this teamwork, continues throughout the last episodes of the season. I will come back to this in a second.

If you’ve seen Change Your Mind already, then you KNEW this was going to be on the list. So many fusions! They were beautiful!

The moment did feel a little rushed since they were falling to their possible deaths, but I’LL ALLOW IT.

In Together Alone, The Crystal Gems, along with two Homeworld gems (!!), were poofed at the ball earlier for supporting Stevonnie by fusing. They are still poofed by the middle of Change Your Mind. To wake the gems from their dormant states, Steven fuses with each of them to form the below:

This reveal is a moment in Steven Universe that a lot of us have been waiting for. There have been so many fan art character designs and fans who wondered ‘what if?’ when it came to fusions, and now we’ve got The Answer (haha get it?). I was really hoping that we would get an authentic chance to see Steven fuse with the other gems and here it is.

I’m sure if there was more time we would’ve gotten more unique situations for each fusion to happen, like with Smokey Quartz, but given the time constraints I think this was good way to put the fusions out there. Now we know the canon designs which is something a lot of us have been pondering about, so that’s awesome!

Also The Crystal Gem’s reformed outfits are bomb. I want Pearl’s jacket, which she was also excited about.

My favorite part of the finale was White Diamond removing Steven’s gem.

At this point, we are in White’s ship. Most of the gems are there: Blue Diamond, Yellow Diamond, Garnet, Ameythst, and Pearl are all present and under White’s control. When White Diamond, forcibly takes Steven’s gem out, it answers many of the questions we’ve had for some time. There is no blood, but there is plenty of intrigue.

Can Steven survive without his gem? Is Rose still in there? The answer to both of these is no.

When Steven’s gem is separated from his body, we see a very small flash of Rose Quartz, but it ultimately takes the form of Steven, not Rose Quartz, not Pink Diamond. Despite Steven having dreams of vomiting Rose’s hair in previous episodes leading up to Change Your Mind, we’re assured that she’s no longer there, which is an answer that we were waiting for.

Steven’s gem self is cold and robotic and Steven himself is extremely sick and can’t function without his gem. He is half human, half gem. His gem is an essential part of him and that is made very clear in these few moments. I’ll call Steven’s gem, Gem Steven. Creative, I know.

White Diamond angrily asks again and with his robotic, dead-eyed stare, he turns to her and yells “SHE’S GONE!” in a yell that cracks the stairs White is standing on and physically jolts everyone present except for Connie.

Gem Steven proceeds to effortlessly resist each of White Diamond’s attempts at controlling him like she’s done to the other gems there. All while coldly, emotionlessly staring. Which leads me to wonder how powerful Steven actually is. Or is it that White Diamond doesn’t have as much influence over him as the others?

His shield deflects White’s power and Gem Steven’s own power knocks everyone to the ground. It was very super saiyan and I was here for it.

But Connie Is Here

Steven struggles to stand and walk to reunite with Gem Steven. As Connie sees this, she picks him up and slowly walks toward Gem Steven, who is also making his way toward them. Something that struck me was the way Connie walked while holding Steven. Her legs were spread apart, her arms were trembling as they were slowly making their way toward Gem Steven.

Connie wasn’t strong enough to carry him easily, but she did it anyway.

This beckons back to their aforementioned friendship. Especially through the last episodes of season 5, Connie is there for him. She fights with him, she cheers him up, she stands by him. ’When times are rough, they have each other. It’s a subtle moment, but it was one that stuck with me and will continue to stick with me.

Steven and Gem Steven eventually make it to each other, and at this moment, Steven become complete once more.

Steven gleefully, tearfully, embraces Gem Steven and laughs. This causes Gem Steven’s robotic face to break into the same smile and laugh. They embrace, laugh and spin together until Steven is whole again, gem and human form together and intact. It was a touching moment.

To put it very, very simply, White Diamond realizes the error of her ways and releases the gems from her control. Steven, The Crystal Gems, Connie and the diamonds all travel back to Earth where they fix the corrupted gems together.

Things are more or less wrapped up pretty nicely. The song at the end was short, sweet and impactful. The first two lines hit me in the feels:

I know someone is getting this tattooed.

The ending shot where we see our original fave gems sitting and gazing at the sky reflecting the intro theme felt so conclusive. Change Your Mind was a lovely season finale, but it definitely felt more like a series finale to me.

Is this the end of Steven Universe? As of now, season 6 is not confirmed, but we have a Steven Universe movie coming this year! With the diamond arc wrapped up, I am curious and intrigued as to what the movie will cover.

It’s an exciting time for Steven Universe fans! I hope that these moments inspire you to watch or re-watch the series, as there are so many moments that are worth seeing again in this gem of a show. 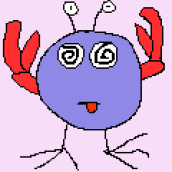 Aqualad Is Queer And Haters Can Stay Mad