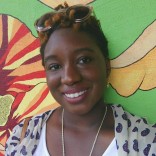 [QUIZ] Which Glamorous Blackpink Member Are You?

When I first discovered anime conventions were a thing that existed, I was both shocked and kind of obsessed. Being into anime wasn’t “cool” or something to be proud of when I was growing up.

It was exciting: the idea of people meeting to celebrate and enjoy something they were usually ridiculed for. Unfortunately, being a high school kid with strict parents meant there was no way I was going to a convention, especially if it meant spending money.

When I met a fellow blerd in college we made it a goal to attend a convention together. We planned on going to AKON, but never had the money or the time. One day, Anime Dallas popped up as an ad on my social media (thanks, FBI agent!). With the cheap tickets for a good cause (donating proceeds to Hurricane Harvey victims), we decided to give it a try. Here’s how it met (or didn’t meet) my expectations, and a few tips for other first-timers.

I knew this was a smaller-scale convention, but it was a lot smaller than I was expecting which meant less events and opportunities to explore. The con was located inside an airport, which was a bit of a headache to get into and required a payment to get out of. On the flip side, there wasn’t overwhelmingly huge crowds and there was plenty of room to get around, check out certain booths or events more than once, and meet people.

My Tip for First-Timers: Anime conventions typically keep an event schedule posted on their website or Facebook page. Look through it ahead of time and zero in on what you want to attend. This is also helpful if you go in a group and gives everyone a chance to try out something they like. 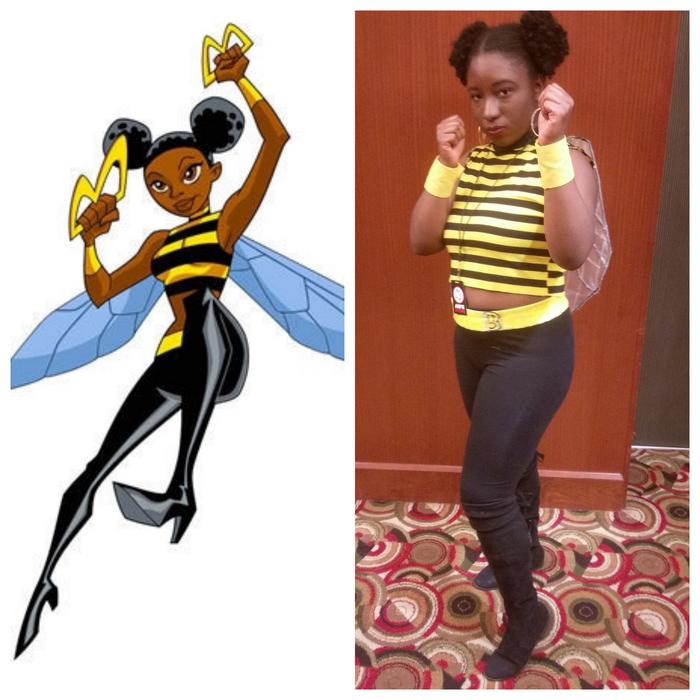 I loved the idea of cosplaying when I was in high school, but I was never confident enough for it. Fast-forwarding several years later, I decided to try out a cosplay for the first time as a sort of ode to my younger self. Having seen the kind of hate that people of color get in the cosplay community, I decided to “play it safe” with a black character—Teen Titan’s Bumblebee. Since she was a minor character in the original series, I wasn’t sure many people would recognize her. But I got a lot of compliments and a few people even asked for pictures! 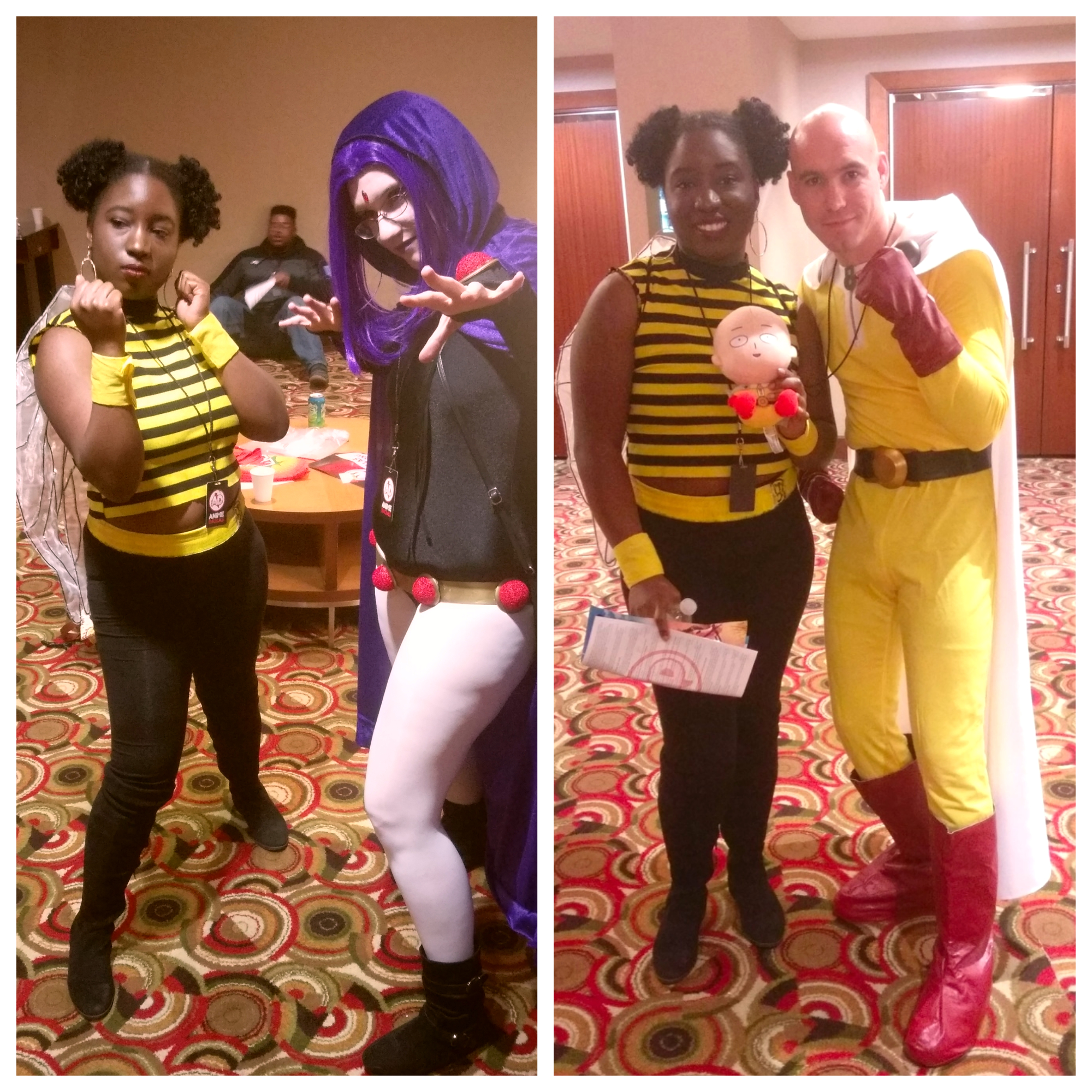 My Tip for First-Timers: If you’re interested in cosplaying, go for it! Casual/closet cosplays are a great and affordable way to start cosplaying for the first time. They leave a little more space for creativity, so you don’t have to stress about being “accurate.”

The #closetcosplay tag on Instagram is a helpful place to start for ideas. However, if you have the time and money to put into something more complex, don’t be afraid to do it big either! Remember, it’s all about representing a character you enjoy.

Because this was such a small con, the cosplays weren’t nearly as diverse as I expected. Practically everyone who cosplayed did so as a My Hero Academia character. My friend and I were both a little disappointed by the lack of representation. We couldn’t even find a Chihiro to her No Face, not to mention any other Studio Ghibli, Attack on Titan, even Naruto characters! If anything, it felt a little bit like an MHA con with other characters scattered about. It also left me with an overwhelming pressure to finally start watching the show.

Closing The Family Business: The “Long Awaited” End Of Supernatural

My Tip for First-Timers: While you should certainly cosplay whoever your heart desires, remember to branch out! It’s not always about the current most popular show. 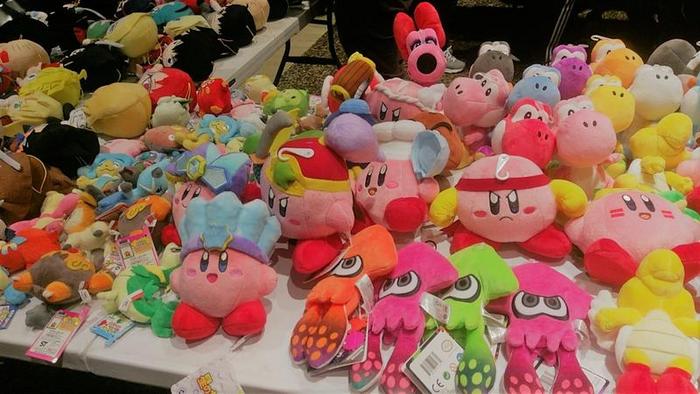 Despite the cosplays not being very diverse, the merchandise was. From typical anime classics like Naruto and Dragon Ball Z to 90s cartoons, webcomics and videogames, there was merch for everyone and everything. Though I have not watched much of what’s mainstream/new, I was still able to find something I recognized and liked. It was also an enjoyable experience to talk to the artists directly about what they were selling and how they created their work.

My Tip for First-Timers: Bring money–a small amount of cash if possible. You’ll definitely see something you absolutely want to buy, whether for yourself or someone else. Not all vendors can accept cards, and items are usually unique and hard to find online!

Final Tip(s) for First-Timers: Though Anime Dallas was fairly small, the parking lot was pretty crowded. If you’re going somewhere unfamiliar and have the opportunity, scope out the location ahead of time. Plan accordingly for traffic, crowds, and other obstacles.

As anime and nerd culture becomes more popular, cons will probably get even bigger and better. But conventions aren’t just about cosplaying, buying merch or judging costumes. It’s about having fun! Try not to get too caught up in the stress of it and embrace the moment! 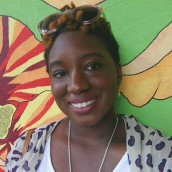 #ConGuide: What You Need To Know About Con Meetups!