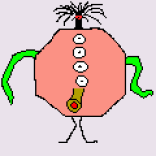 Avid LARPer and fashion designer who plays Overwatch and watches…

25 Black Panther Goodies For $25 On Etsy That You Need Now!

Whenever a traditionally serious show decides to go off the rails and deliver us something crazy like a musical episode…it becomes every Theater Kid/Musical Enthusist personal Christmas gift.

Original Songs? Dance Numbers? Half the cast is inexperienced in the art of musical theatre leaving rule for judgement in your superior understanding of the craft?

This means shows like ‘Crazy Ex-Girlfriend‘ and ‘Phineas and Ferb‘ don’t count because musical numbers are in every episode. As the same with ‘Steven Universe’ as musical numbers have been incorporated as a staple of the show.

Also shows like ‘How I Met Your Mother’ which only has a single musical number in an episode and the musical element was not the central stoy-telling device of the episode. Also most of the episodes are cleverly woven into the over arching story of the show so you have been warned for spoilers.

What happens when a Mary Poppins-like nanny runs into the dysfunctional family known as The Simpsons? Well you get a hilarious view at how even the most screwed up families, can’t even be helped by a magical housekeeper/babysitter. The episode is a parody of the Disney classic almost scene for scene and song for song, except with a healthy helping of classic Simpsons comedy and changed lyrics to ramp up the comedy involving the family.

When Marge starts to lose her hair, the family decides that hiring a nanny, cleverly named Shary Bobbins, might help the family manage better. Little does the nanny handle. Know, The Simpson family might be more than she can  Since Mary Poppins is one of my favorite musicals, this episode was a parody done right in every way.

Fry decides he wants to learn how to use a Holophonor (Device that creates imagery with holograms created by the player) to write Leela a beautiful opera. However, when he discovers it’s not a simple instrument to use, Fry decides to make a deal with the Robot Devil to swap hands to create the perfect opera for Leela, though she is unable to hear due to an accident.

Another entry from creator Matt Goeing, Futurama went the route of an traditional opera to tell the story of the episode: There was comedy, drama, and tragedy. All while a robot screamed for you to bite his shiny, metal ass. The episode also cleverly starts with the characters viewing an opera only to find themselves preforming a better opera than what they were already watching.

Best Song: “I Want My Hands Back”

#8: “Little Rock Of Horrors” – Grimm Adventures of Billy And Mandy

Billy comes across a piece of space rock voiced by Aurelio Voltaire (singer of ‘Land Of The Dead’) that has crash landed on Earth to consume brains. After attempting to suck out the lack of brains from Billy, he commands Billy to bring him all kinds of brains set to a tune seemingly ripped from “Little Shop Of Horrors”.

This episode I feel is easily passed over by other funny episodes of the series. But the way it ends is full of all the wonderful dread that is Billy and Mandy. If you’ve not yet seen this episode, I highly recommend if you are a fan of the show.

After Gabrielle’s daughter murdered Xena’s son, the travelling duo has a rift between them. At the start of the episode Xena charges a camp where Gabrielle is hiding only to kill her, clearly egged on by Aries, God of War.  After falling from a cliff, they slip into a dream land of Illusia created by The Fates to test the duo and their friendship further…through songs while seemingly stuck in a tarot deck created by Sam Raimi.

Now if you watched Xena every weekend like me, this episode was crucial. This episode was basically the first time I had ever seen an “opera” that I could understand. Every week I watch these two women go on adventures and stick with each other through it all. But now with the ultimate betrayal they both feel and only divine intervention being the one thing to help them heal…this episode was a nail biter.

If you watch American Dad, you know Stan Smith is an uptight All-American man. So after he gets into a car accident with his son Steve’s principal, Principal Lewis takes him to relax at is favorite hot tub spot. Stan then buys a used hot tub, voiced by Cee-Lo Green, that is actually sentient and begins to murder people and slowly wants to preoccupy all of Stan’s time: making him choose between hot tub or family.

This episode is great because of the call back to old B-movies horror musicals like “Little Shop Of Horror” set to a soundtrack sung mostly by Cee-Lo that you actually would expect to be sung by an evil, murdering sly talking hot tub. But the smooth 90s R&B throwback “Daddy’s Gone” makes my sides hurt every time.

Sam and Dean investigate the disappearance of a teacher and the subsequent following disappearances that surround an all girl, school production of a musical “Supernatural”, inspired by the books written by the prophet Chuck.

In the best love letter to the fans, Supernatural celebrated its 200th episode with the meta filled joy ride known as “Fan Fiction”. We of course still got our Monster of the Week mystery and all the while feeling like you were watching the Winchester’s interact with every Tumblr user that exist and basically forced to become a part of a musical fan fiction of their life. Sam and Dean thought they knew hell before…

If you have never seen Always Sunny…I guarantee you know of this episode.

Charlie basically writes a play and asks the gang to help him put on the show. The Gang always finds a way to turn anything into a scheme and only participate in Charlie’s show because it gives them some sort of high to their narcissistic ways. Come to find out it was all an elaborate ploy to ask The Waitress, Charlie’s long time stalking victim, to marry him. Most of the comedy comes from the banter style comedy that Always Sunny is known for.

The memes and the fact that the cast actually did a travelling tour of this episode is enough to be one of my favorites.

When a mysterious patient collapses and wakes up, she finds that every time someone talks they seem to be singing in grand musical numbers. Though the numbers are fun, the medical procedural aspect of the show continuous on revealing that an aneurysm at fault. The end of this episode I have always found bittersweet.

#2: “Once More, With Feeling” – Buffy The Vampire Slayer

Alright….I know I might be coming in with the upset to put this classic musical episode in second place but stick with me.

This episode of the epic saga of Buffy is held in high regard for it’s clever writing, homage to old hollywood musicals, and still managing to deliver an meta look at what would happen if the town of Sunnydale suddenly found themselves in a musical. The demon Sweet, who literally can make you dance until you die, was accidentally summoned by Buffy’s ball of light sister Dawn and big sister Buffy has to clean up the mess, despite feeling nothing but numbness for life because she was recently dead.

“Once More, With Feeling” manages to be an upbeat musical full of existential dread and thoroughly entertaining.

This episode was also the predecessor to another project of Joss Wedon’s that was even more ambitious: Dr. Horrible’s Sing-a-long Blog

Best Song: “Something to Sing About”

Back to Philly again with my top pick!

Now…if you’ve seen Always Sunny, you know that The Gang are far from being PC and tend to be the crudest, rudest, and down right most vile group of friends that probably exist on TV. So when The Gang finds themselves now in the bodies of unrecognizable African-Americans they see in the mirror after falling asleep watching The Wiz and being electrocuted, they now need to find out how to return to their own bodies or figure out how to navigate the world in the skin of a black person while addressing their own racist assumptions and confronting stereotypes.

With the political climate of the world, this episode dares to take it’s own funny niche comedy while addressing what a white person in the skin of a black person would feel like if this sort of thing can happen. Just like “Once More, With Feeling” even though this episode has musical numbers, this still feels normal for the series as it sticks to it’s core style while just implanting music.

So these are my favorites! What are you favorite musical episodes of non-musical shows? 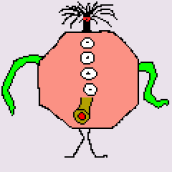 Avid LARPer and fashion designer who plays Overwatch and watches too much TV in her spare time.