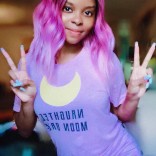 Hey everyone! ~*~ NYC based cosplayer of 4 years. New…

#YA Book Time – 3 Reasons why Serpent and Dove Works!

Can you believe it’s been almost a week since NYCC?! With the city finally at rest from its comic con take over, everyone is on the lookout for what’s next for their favorite fandoms.

Con season always brings us the best news and we recapped all your faves with dates, trailers, new series announcements, and more!

The Princess of power is back with another season! I know so many of my She-Ra fans are happy about this as the Netflix original has gotten so much traction and love since it’s release.

Now with a 4th season on the way, we can all stop holding our breaths because we now have a date and it’s November 5th!

Until then, sharpen your swords and check out the awesome trailer above.

This one is for all my fellow Dragon Prince lovers! We finally have a release date!

After hearing about the reveal of season 2 at their panel during SDCC earlier this year, we’ve all eagerly been waiting (I know I have!) for an official release date! Next month November 22nd the Netflix original will return with its third season.

So who’s been watching Runaways? The Hulu original hosted an awesome panel with all the stars during the con and everyone seems super excited about season 3.

I mean who doesn’t love six teens teaming up to fight back their evil parents? The crew spoke on deepening their ties to the Marvel universe and being excited to tell more Runaway stories.

The show returns later this year December 13th and you can watch the teaser released during the panel above!

We all could use some more comic based animations in our lives and thankfully Warner Bros. has got us covered!

With all the Harley craze over the past two years, the character has seen a great spike in success leading us to all this great content being produced.

The animated series will star Kaley Cuoco of The Big Bang Theory as the voice of Harley and is set to release next month on November 29th. Check out the trailer that premiered at last year’s NYCC here !

It’s definitely her year but who’s complaining? During the reveal of the costumes being used for the new film, it was also announced that a new comic series will be released early next year.

Amanda Conner and husband Jimmy Palmiotti–the two responsible for turning the lovable angsty character we know as Harley into what we know today–were announced as the creative team for the new comic said to hit your local comic shops in Feb 2020.

Guardians of the Galaxy Series

At Marvel’s Next Big Thing Panel, it was announced that a new team will be taking over for a new Guardians of the Galaxy series.

From the Friendly Neighborhood Spiderman series, Juan Cabal will be covering the art while Al Ewing of the Immortal Hulk series will be handling writing. Expected to hit shelves early next year in January.

Are you excited about all the new geek goods coming your way?! What will be top at the top of your list to watch or read first? Make sure to keep up with Quirktastic to see which shows we review and cover! And chat about the news on our Quirktastic friendship app! 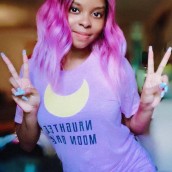 Hey everyone! ~*~ NYC based cosplayer of 4 years. New streamer on twitch! Space enthusiast, lover of all puppies