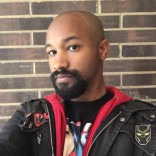 [QUIZ] Which New Year’s Tradition Should You Follow When The Clock Strikes 12?

As December comes to a close, it reminds me of the reason why we truly celebrate this time of year. The anniversary of the miracle when my parents bought not one, but two PlayStation 2s for my sister and I.

I’m gonna level with you guys: I was planning to do a list of the top gaming consoles this week, but I got stuck on how the PS2 is just so perfect. The features, the one-of-a-kind collection of games and the ground-breaking design makes me come back to thinking how perfect this console is to me and so many others. So allow me to give you a quick thesis of why this is the best console to ever bless the gaming world.

To start this off, lets just first bring up the fact that the PS2 is the number 1 top-selling gaming console with more than 155 million copies sold. One of those copies came into my hands and I’m sure many more came into the hands of my readers or their friends. Of course numbers alone a greatest-of-all-time console does not make, but it’s a good foundation that it was everywhere.

The popularity could also be from its versatility as a step toward being an entertainment system as well as gaming. This was both an affordable and versatile console which doubled as a DVD player, which was wild at the time. (Note: the original Xbox could play DVDs but only after buying special hardware to play DVDs.) Not to mention the CD player feature so you could use this to play games, listen to music and watch movies. This was unheard of in 2000!

The PS2’s design is timeless. The black monolith shape with linear textures wasn’t just cool, it was otherworldly. But I bet you didn’t know Sony has been selling us the PS2 for more than a decade. Don’t believe me? Look at the PlayStation 3, the PlayStation Portable, the PlayStation Portable Vita and the PlayStation 4. The sleek, smooth and simple shape design and the jet black color scheme with a singular accent color. The controller design remained with black coloring and the same button arrangement along with analogue sticks and dual shock features. Small and subtle changes were made, but only to add to the design, never to replace it. It all started with the PS2’s design and Sony has been using the success of the console’s characteristics to sell its successors. Why haven’t they changed it? Because YOU. DON’T. MESS. WITH. PERFECTION.

Now let’s head over to the legendary game selection the PS2 had. Before the luxury of downloadable games and game emulators, the PS2 had backwards compatibility, which is something that was also revolutionary at the time. This meant you had a console that could play games from a previous console. You ever try that with a SNES cartridge in a Nintendo 64 and you will wreck them both. But I haven’t even gotten to the beautiful line up of games exclusively for the PS2. Of all the games in the world that shaped the 2000s, the PS2 was nearly always there. These weren’t just a few incredible titles, but literally dozens of successful franchises that were exclusively on the PS2.

The Jak and Daxter series, Ratchet and Clank, God of War, Katamari Damacy, Okami, The Metal Gear Solid 2 and 3, Psychonauts, Grand Theft Auto III and Vice City (both about a year before Xbox), Kingdom Hearts and Shadow of the Colossus.

Even if you’ve never played these games, you probably have heard of them, because they redefined gaming in the 21st Century. So much so that some are still making ripples in the gaming industry to this day.

God of War (2018) just got game of the year as a reboot after its trilogy, GTA III and Vice City coming out a year before any other platform gave Sony the head start for introducing the modern 3D Grand Theft Auto style. Now we see GTA making billions for Rockstar Games more than a decade after its launch. Kingdom Hearts 3 is set with a 2019 release that is driving fans insane.

These titles not only sold millions but created brands that couldn’t be touched. Anyone who grew up gaming in the 2000s knows these games, even if they didn’t play them. The PS2 owned the early 2000s with its amazing marketing, innovative design as well as features and huge titles of exclusives that turned the gaming world on its head.

I’m sure you grew up with a nice Nintendo Gamecube or a Sega Dreamcast that you feel is more deserving. But there are too many cold hard facts that prove PS2 is the greatest console ever. I may have grown up with the PS2, but that was just a happy coincidence.

This was a console that set a new standard for Sony and objectively for gaming consoles in the New Millennium. The magic of the PS2 has passed, but it’s a piece of gaming history that I and millions should remember as the best console. 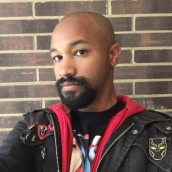