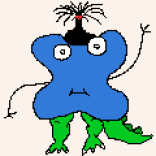 Mother of cats. Quoter of obscure pop-punk and trap lyrics.…

The #BlackBoyJoy Has Become a Platform to Show Off Black Masculinity

I have a love-hate relationship with Cartoon Network. There are times where I sit and question who funded the debauchery I am watching, why is a certain series airing every 2.5 mins (yeah ya’ll, you know), etc. And then there are the gems like Steven Universe and Adventure Time, that provide me with a reprieve from adulthood, but can still make me laugh, and feel emotionally invested in cartoons.

And then comes Craig of the Creek.

My fiancé and I were trying to find something to put on as background noise and as that “titans” show was ending, Craig of the Creek started. We watched one episode. Then two. Then three. We were both laughing. And then we were talking about how great it is that there is a show that brings back the innocence of childhood, and is STILL appealing to the adults in the room! And then I found out that Ben Levin and Matt Burnett (formerly of Steven Universe) were the developers and I knew I would be hooked.

To quote Fandom.com, Craig of the Creek “Will follow Craig and his two friends as they venture through a world of untamed, child-dominated wilderness.” When I saw previews for this orginally, I was pumped to have a cartoon with an African American main character, and one who played in nature at that. I grew up next to my own creek, and although my adventures weren’t as epic as Craig’s, my friends and I had a great time acting out Disney movies, pretending we had a sick spy base and not just a raggedy tree fort, etc.

Watching Craig of the Creek gives me the feeling of my mom or grandma grilling while I ran around determined to capture the perfect pet dragonfly (which I would later learn would not survive well in the house). It opens up with a quick pop-punk ballad, and launches in to 13 minutes of good-times plot. But not only does Craig exhibit the very black boy joy that we want to have in the world, he is GREAT at math. He has a “traditional” family unit, with parents who communicate. Craig’s siblings are smart, well-rounded, kids. Family problems are typical family problems. He is friends with a myriad of kids, from an isolated warrior with a “falcon”, to a goofy middle schooler who although is older, isn’t ashamed to hang out or stand up for his friends. There are ambiguous proposed gay witches, DND’ers, and fueding paintball brothers, all over one accidentally shooting the other…somewhere he shouldn’t. And can we talk about Kit? She runs a successful trade post in the creek where kids can get their daily snacks for whatever treasures they’re carting around. A successful black  female entrepreneur and she shuts foolery down with a quickness.

Game Of Thrones Series Finale: She Snapped, But Her Madness Is Not Unexpected

And not only does the show do a great job of portraying people of color in non-stereotypical roles, it doesn’t exist inside of an all-is well bubble. Their grandma is a congress woman and a civil rights activist and in one episode in particular, she points to a picture of herself and says “There was a lot going on back then. There’s a lot going on right now”. A solid reminder that although things have changed, there is still a lot of work to do. And at the end of the day, I have faith that the creators will continue to keep that in mind.

Catch Craig of the Creek on Cartoon Network, Mondays and Fridays at 7 PM! 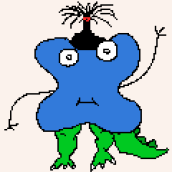 Mother of cats. Quoter of obscure pop-punk and trap lyrics. Breaker of gaming systems. Watcher of cartoons. Working her way through a Masters to make education accessible. Always has her nose in a book. Look for the really short brown ginger with the Vader daith ring. #AnakinDeservedBetter