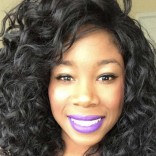 I can’t tell you how many times people have said to me, “Why are you watching anime?” Your an adult, watch the Discovery Channel or something.

First of all, what we NOT gon’ do is try and shame me for watching what I want to watch. Anime is universal. that’s what I love so much about it. Even when I was really young, I loved anime. However I wasn’t aware it was anime. To me they were just plain old cartoons.

My anime education really began in high school. I always saw the ‘nerd’ blasting anime theme songs (which I didn’t realize at the time), drawing yaoi characters, and doing the infamous Naruto run down the hallways. The people I hung out with warned me to stay away from the ‘nerds’, and I, unfortunately, listened to them.

Later in life I had three awesome roommates from my time working with Disney who were high key anime nerds. the first time I ever fully watched a Ghibli film was with my roomie Noelle. I was sitting on the bed doing nothing productive, when she asks if I want to watch a movie to cure my boredom. I say “Sure, why not?”

She then said: “Wanna watch Totoro?”

I’m thinking to myself, “Is this some sort of popular whypipo movie”? As soon as the movie started I was hooked. The animation, the music, the characters, and the feel of the movie had me in awe. A few months after that my other two roommates asked if I wanted to watch some anime with them. They clearly saw I was confused, but continued to Netflix to watch Fruits Basket.

The Usual Rangers Are Unusually Talented!

Yep, Fruits Basket was the first anime series I watched as an adult. Once more, I was HOOKED. Pretty much after that the rest was history. I then watched Black Butler, then Full Metal Alchemist: Brotherhood, and I just couldn’t get enough.

Soon after I became obsessed with finding out where anime originated and was lead to Japan, so I started doing more research. This is how I grew to love Japanese culture in general. I even met one of my best friends connecting through our mutual love of anime. She took me to Shadocon in Florida, my very first anime convention, where I became introduced to cosplaying.

Anime to this day has changed my life. It may sound silly considering it’s just drawings essentially, but it’s actually a lot more than that. I’ll go into that in a later article though. Until then, Stay Nerdy. 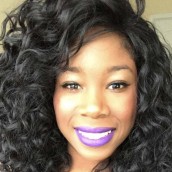 Nerdy traveling Duo. Encouraging and inspiring more people of color to get outside of their comfort zone and explore the world. Coco is the nerd and Marrista is the witch. Stay Nerdy, Travel often.